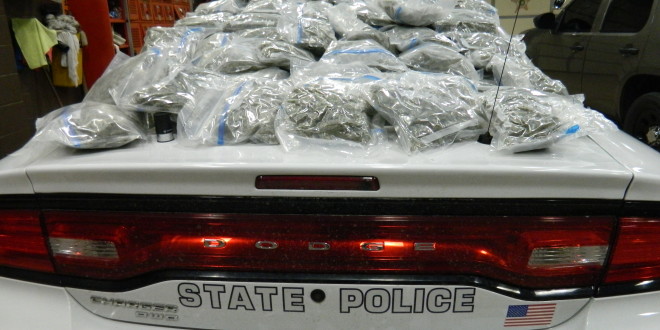 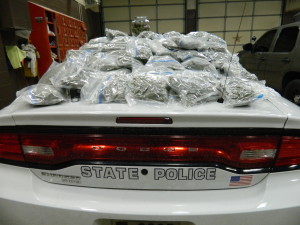 Putnam County—This morning at 11:44, Indiana State Police Trooper Yan Dravigne stopped a 2015 Nissan for following too close on Interstate 70 eastbound near the 36 mile marker. During conversation with the driver, Trooper Dravigne noticed several indicators of possible criminal activity. Dravigne then summoned assistance from Putnam County Sheriff’s K-9 Handler Captain Dwight Simmons and “Bo” in which “Bo” alerted to the presence of illegal drugs. A search of the vehicle revealed approximately twenty-five (25) pounds of suspected High Grade Marijuana in duffle bags in the trunk. The occupants were reportedly traveling from Colorado to Virginia. The pair was arrested and incarcerated in the Putnam County Jail.

I play on the radio from 7 am -1 pm weekdays on 98.9 FM WYRZ and WYRZ.org. Follow me on twitter @WYRZBrianScott or e-mail me at brian@wyrz.org.
Previous Brazil Bank Robbery Suspect a Washington Township/Avon Fire Fighter
Next Honda Investing $52 Million to Expand Production, Career Training in Indiana