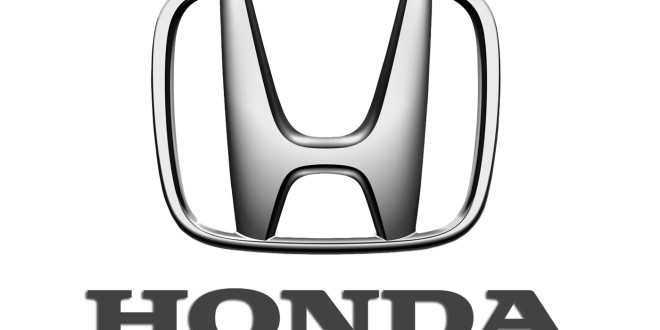 Greensburg – Governor Mike Pence joined executives from Honda Manufacturing of Indiana, LLC (HMIN) today as the company announced plans to invest $52 million in its Greensburg facility in order to enhance job training and add production of the Honda CR-V. The company will create up to 100 new jobs by the end of 2016 to support the new line.

“Honda has been a great partner to the state of Indiana from the moment the company announced plans to establish a facility in Greensburg in 2006,” said Governor Pence. “I have had the pleasure of meeting with the company’s leadership here in the United States and in Japan, and I am proud that they have once again chosen Indiana for growth. The automotive industry in Indiana supports more than 100,000 Hoosier jobs, and that number will continue to grow thanks to the commitment of companies like Honda.”

HMIN will invest approximately $40 million to enhance the manufacturing flexibility and production capabilities of its existing 1.3 million-square-foot plant in order to add production of the Honda CR-V in early 2017 while maintaining production of the Honda Civic Sedan. The CR-V is a perennial favorite of American car buyers and was Honda’s second-highest selling model in the United States in 2015.

In addition to the CR-V, HMIN will invest an additional $12.37 million toward its new 20,000-square-foot Associate Resource Center (ARC), which is a career development facility designed to promote the enhancement of HMIN associate manufacturing skills. HMIN will offer more than 1,000 self-guided e-learning classes that range from Honda-specific training to universal skills training.

“This new investment in our Indiana facility will enhance our manufacturing flexibility and better position Honda to meet customer demand for our lineup of fuel-efficient passenger cars and light trucks,” said Bob Nelson, president of HMIN. “Honda is committed to delivering products like the Civic and CR-V that provide outstanding quality and value to our customers, and our associates are key to this success. Our associates are our foundation and this new training facility will provide them with the opportunity to grow and develop their skills.”

HMIN, which began production of the Civic in 2008, is the Japanese automaker’s fourth auto plant in the United States. Since 2006, HMIN has invested more than $900 million in Indiana and now employs more than 2,300 Hoosier associates. Average salaries of new positions will be higher than the state’s average wage. Interested applicants can learn more by visiting the job opportunities link at www.indiana.honda.com.

“Today, I want to congratulate Honda’s outstanding recent achievements,” said Dan Manus, Mayor of Greensburg. “I also look forward to Greensburg and Decatur County governments and our local economic development corporation continuing to assist Honda’s success, so this excellent company will be able to prosper and provide high-paying jobs for our community.”

HMIN manufactures automobiles primarily for the U.S. market, and for export to markets outside of North America. The facility has the capacity to produce 250,000 vehicles and last year it sourced more than $2.4 billion in OEM parts from 57 suppliers, including 18 in Indiana. HMIN maintains one of the lowest environmental footprints of any automobile plant in Honda’s global production network.

The Indiana Economic Development Corporation offered up to $860,000 in conditional tax credits and up to $140,000 in training grants based on the company’s job creation plans. These tax credits are performance-based, meaning until Hoosiers are hired, the company is not eligible to claim incentives. The city of Greensburg supports the project at the request of the Greensburg Decatur County Economic Development Corporation.

Indiana’s automotive industry ranks No. 2 in the nation by gross domestic product and contributes more than $15 billion to the state’s economy each year. The Hoosier state is home to more than 500 automotive companies, including five OEM assembly plants, which together support more than 100,000 Hoosier jobs. Indiana ranks third in the United States for car and truck production, with more than 5.1 million vehicles produced here since 2010.

I play on the radio from 7 am -1 pm weekdays on 98.9 FM WYRZ and WYRZ.org. Follow me on twitter @WYRZBrianScott or e-mail me at brian@wyrz.org.
Previous Twenty Five Pounds of Marijuana Found during Traffic Stop in Putnam County
Next Coats, Senators Call for Full Enforcement of Legislation to Crack Down on Trade Violations