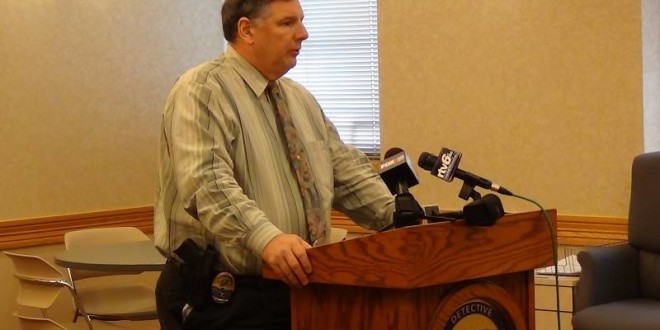 Three teens were arrested in connection with a series of bank robberies in Hendricks County. Plainfield Police held a press conference Wednesday morning regarding the four recent bank robberies.

Police said the suspects were arrested Tuesday. The arrests included 18-year-old Kyle Rhoades, a 17-year-old male juvenile and a 16-year-old female juvenile. According to reports, the suspects used the money to buy clothes, shoes and marijuana. Some of the cash was used to pay for a trip to Florida. 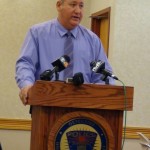 Plainfield police and other agencies investigated the thefts, which included two robberies in Plainfield, one in Clayton and another in Danville during the month of March and first week of April.

Police say, the female juvenile was supposed to be babysitting her young siblings. However, they sat in the car the entire time the robbery was taking place. 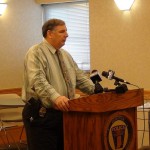 Chief Darel Krieger and Det. Lt. Jeff Stephens spoke in regards to arrests being made in the robberies which involved two juveniles, 16 and 17 years old and 18 year old adult Kyle Rhoades. The investigation is still ongoing while awaiting DNA results.