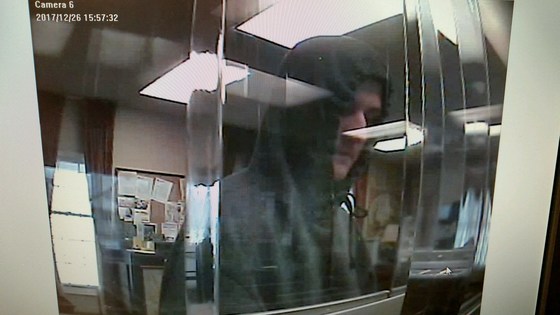 Sullivan County—This afternoon at 4:02, the Sullivan County Sheriff’s Office received a 911 call from the First Financial Bank at 819 West Main Street in Farmersburg. Bank employees reported a robbery and the suspect fled from the bank on foot. No injuries were reported.

Within minutes, Farmersburg Town Marshal Cody Strain arrived at the bank, followed a short time later by Sullivan County Sheriff’s deputy Jeff Kinnett and ISP Trooper Justin Bell. The officers checked on the bank employees and immediately canvassed the area, but did not find the perpetrator. 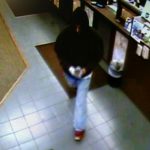 The suspect is believed to be a white male, in his 20’s or early 30’s, 5-06, 150lbs, wearing a blue hooded type sweatshirt, blue jeans, and red athletic style shoes. He is believed to have fled on foot north from the bank to a possible waiting vehicle. There is no vehicle description at this time. 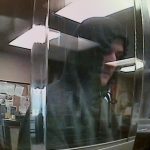 The male allegedly entered the bank, approached a teller, and handed a note demanding money. No weapon was displayed, but threats were allegedly inferred. The man left the bank with an undisclosed amount of US currency.

Vigo County Sheriff’s Deputy Kris Morris and K-9 “Blitz” attempted a “track” of the suspect which led them to the north of the bank where the track ended at a possible waiting vehicle. 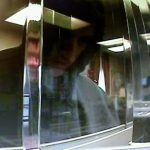 Anyone with information about the robbery or possible suspect is urged to call lead investigators ISP Detective Sergeant Sam Stearley or ISP Detective Angie Hahn at the Putnamville Post at 765.653.4114 or Sullivan County Sheriff Clark Cottom at 812.268.3408.

I play on the radio from 7 am -1 pm weekdays on 98.9 FM WYRZ and WYRZ.org. Follow me on twitter @WYRZBrianScott or e-mail me at brian@wyrz.org.
Previous Town of Brownsburg offers residents curbside Christmas tree pickup beginning January 2nd
Next Long Holiday Weekend Keeps Troopers Busy