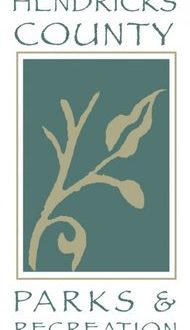 It is not news that people want to live near parks and trails. They want to be close to what makes their lives better.

That’s the message from Matt Howrey, president of North Salem State Bank, a strong supporter of county parks, and a former board member of the Parks Foundation of Hendricks County.

“People move near McCloud Nature Park, tear down old houses and build new ones,” says Howrey. “They want to be near the canoe launch and park.”

In addition to McCloud Nature Park, Hendricks County Parks & Recreation operates Sodalis Nature Park to the southeast of Plainfield, as well as a 4-mile section of the Vandalia Trail from Amo through Coatesville to the Hendricks-Putnam County line. The department also owns land in Washington Township, near Avon, for the future development of W.S. Gibbs Memorial Park.

Towns and townships operate additional parks throughout the county. An interactive map of all parks within Hendricks County can be found at HendricksCountyParks.org.

Howrey recognizes the economic development potential that parks and trails represent to the county.

“When people purposefully locate near a park or trail, they not only realize a quality-of-life goal, but they also bring income, spending and investment as well.”

The same is true for the future W.S. Gibbs Memorial Park. Hendricks County Parks & Recreation routinely receives calls from prospective home owners who want to build and live near that park once it is developed.

Figures cited by Realtors nationwide reveal that nearby parks and trails have a dramatic impact on housing values, ranging from 6 to 20 percent. In Indianapolis, the figure is 11 percent for homes within a mile of the Cultural Trail.

Previous Indiana State Board of Education releases School Finance Report for the 2015-2017 Biennium
Next The Hendricks County Sheriff’s Department is asking for help.