Indianapolis, IN- Early this morning February 5, 2016 at approximately 4:30 a.m., officers from the Indiana State Police and Homeland Security Investigation Indianapolis Narcotics and Bulk Cash Smuggling Task Force were conducting interdiction operations at the Megabus drop off location at Market Street and Alabama Street. 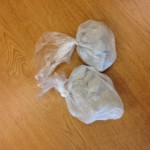 During the course of the investigation officers observed a male get into a vehicle after exiting the Megabus. A traffic stop was initiated on the vehicle after it was observed committing a traffic violation and the passenger, the same male that had exited the Megabus, ran from the scene. He was apprehended by an ISP K-9 and ISP troopers near Washington Street and Park Avenue. Officers recovered approximately 5.5 ounces of suspected heroin. The heroin has a street value of approximately $20,000.

The driver of the vehicle was issued a traffic citation for driving while suspended and released at the scene. 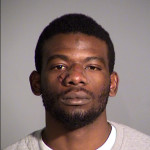 The male subject identified himself to officers as Laquan Nash, 21, of Chicago, IL. He was treated and released at the scene by EMS and transported to the Marion County Arrestee Processing Center by a Marion County Sheriff’s Department jail wagon. Officers are not certain that Nash provided his correct name and are still confirming his correct identity.

These investigations are part of a continuing effort of the Governor’s Task Force on Drug Enforcement, Treatment and Prevention.

I play on the radio from 7 am -1 pm weekdays on 98.9 FM WYRZ and WYRZ.org. Follow me on twitter @WYRZBrianScott or e-mail me at brian@wyrz.org.
Previous Coats Statement on January Jobs Report
Next ISP Investigating Possible Stolen Vehicle Crash on I-465