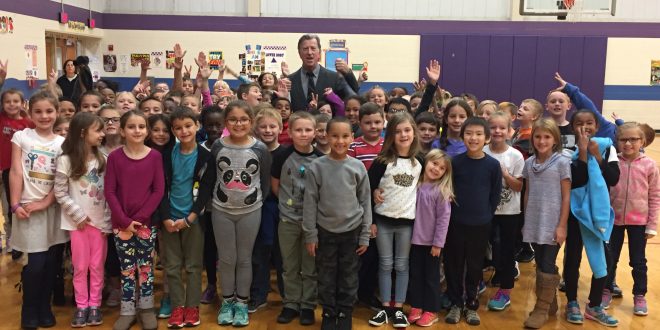 As students filed into the gymnasium, you could hear them whispering to one another, “It’s him!”…. “I can’t believe we are really meeting an author.”…. “I love his Miss Smith books!”  Clearly, the excitement was palpable as they took their places on the floor and waited eagerly for him to speak. Cardinal and Delaware Trail Elementary media center specialist, Jill Holstein said, “I was so happy about the whole day.” That is how she felt after spending the day sharing one of her favorite children’s authors, Michael Garland, with the students at these two elementary schools.  Mrs. Holstein was able to invite Michael Garland to these schools because of a Brownsburg Education Foundation InCredible Award grant she received. 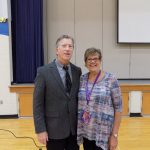 Mr. Garland has been writing and illustrating children’s books for over 25 years.  His first three books were written about his children, Katie, Alice and Kevin.  He then went on to write and illustrate a total of 34 books.  He has illustrated numerous other books for various authors.  His favorite book that he has written is always the one on which he is currently working.  Mr. Garland pointed out that for every book that is published, he has written four or five others that have been rejected by the publisher.  Sometimes Michael Garland will even use a likeness of himself as a character in a story “because he works for cheap.”  Look carefully in Mr. Garland’s story Tugboat and see if you can find him.

Mr. Garland shared some of his stories with the students, including one that has not even been published yet, but will be in 2017.  He reminded the students about the three important parts of every good story: a beginning, a middle and an end.  He noted that writing is really about rewriting and that you must do this over and over to have an excellent story.  He never just sits down at the computer to start writing a story, but sees and hears things every day that give him inspiration for another story.

Teachers and students were excited to meet and to talk to a REAL author.  As first grade teacher Betsy Owens said, “To the younger kids, an author is so abstract.  They can see the story, but we just talk about the author.  It is nice for them to see the actual person who is behind the writing of the story.”  Students were thrilled to meet Michael Garland in person.  “I love his stories,” said second grader, Caleb.  “I can’t believe he is actually at our school!” 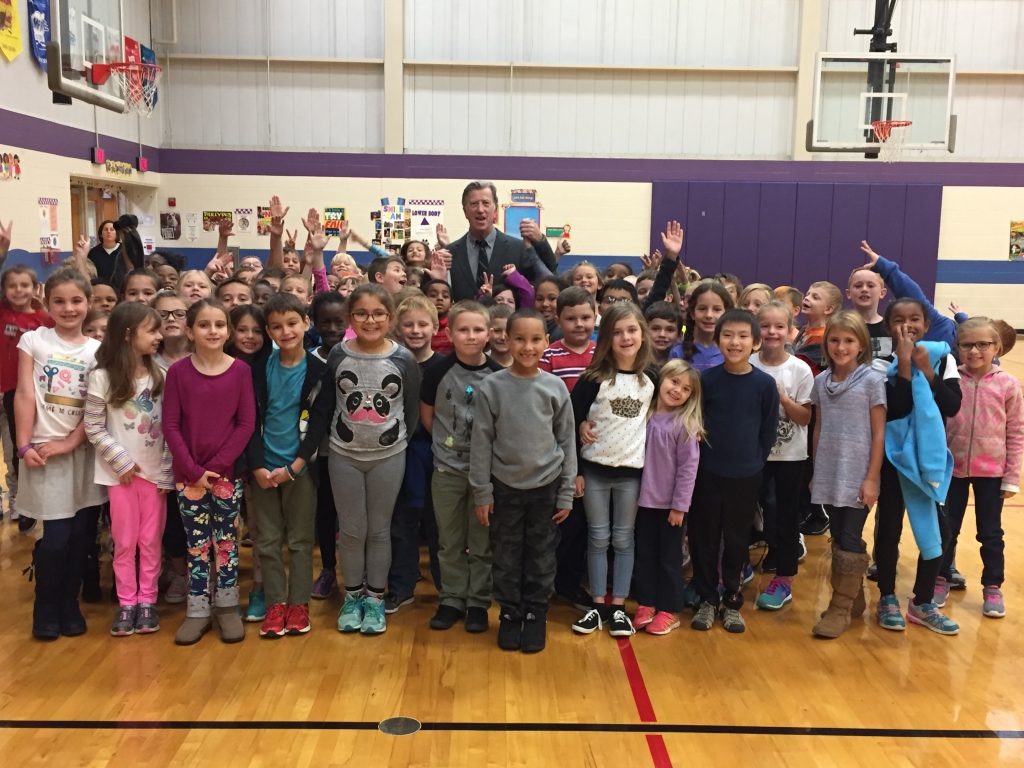 I play on the radio from 7 am -1 pm weekdays on 98.9 FM WYRZ and WYRZ.org. Follow me on twitter @WYRZBrianScott or e-mail me at brian@wyrz.org.
Previous Leadership Hendricks County now accepting applications for 2017 class
Next Downtown Danville Partnership Awards Grant for Mural Project