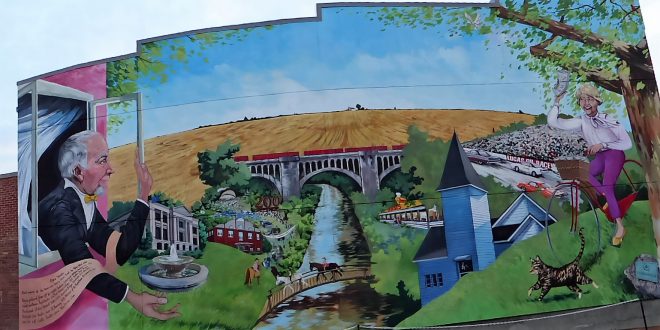 “Open Window” was painted on the western exterior of the Fuller building where Diesels Bar and Grille is located on the north side of Danville’s Historic Courthouse Square. The Fuller building is owned by Greg and Lynn Fuller. The mural artist, Tiffany Black, graduated from Danville High School but currently lives in Baltimore, MD. She took a sabbatical from her job to create the mural. The mural is a collection of landmarks, landscapes and people of Hendricks County.

Sally Steward, president of the DDP, states, “The Downtown Danville Partnership had been interested in some time in supporting a mural project on this very prominent wall in our downtown area, se we were thrilled to partner with the Hendricks County Arts Council through funding to help them accomplish creating this historical and striking mural, which is a crown jewel in our lively downtown. Bringing the arts into our public spaces and downtown area is not only a draw for visitors, but also advances further the great quality of life citizens have here in Danville.”

“Open Window” is the first mural of the HCAC’s Art in the Street Mural Project. The goal of the project is to develop a creative mural trail throughout Hendricks County that will have a positive impact on Hendricks County’s economic and cultural heritage. 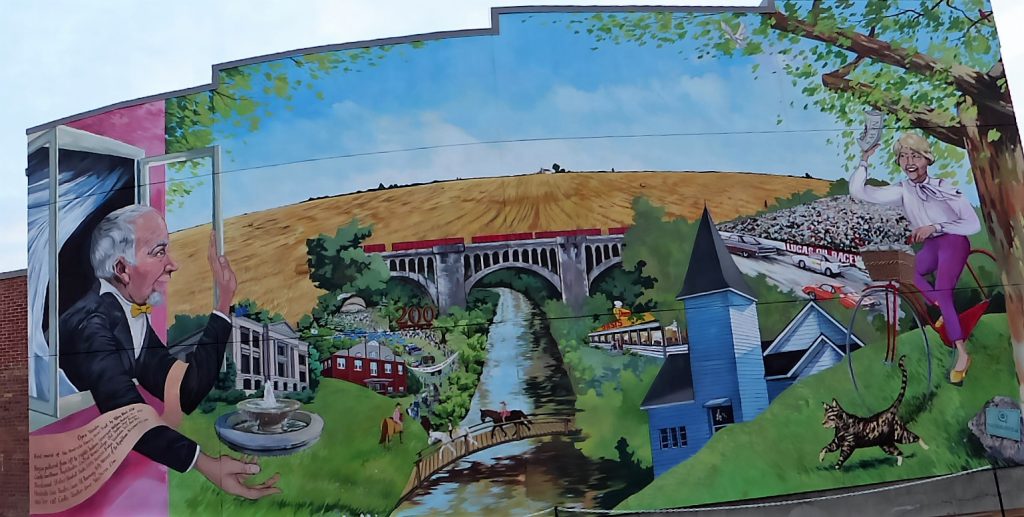 I play on the radio from 7 am -1 pm weekdays on 98.9 FM WYRZ and WYRZ.org. Follow me on twitter @WYRZBrianScott or e-mail me at brian@wyrz.org.
Previous Michael Garland visits Cardinal Elementary and Delaware Trail Elementary Schools
Next United Way of Central Indiana Moving Sale