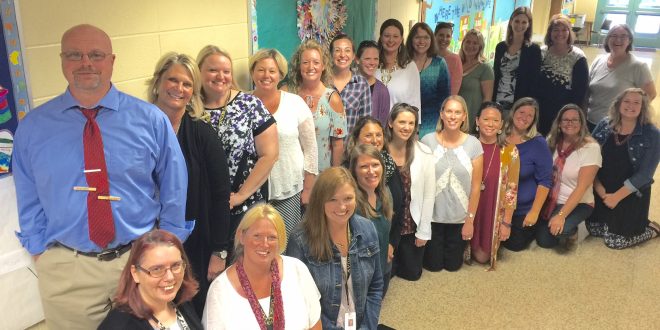 AVON, IN—(SEPTEMBER 29, 2017) U.S. Secretary of Education Betsy DeVos
today recognized 342 schools as National Blue Ribbon Schools for 2017.
Maple Elementary is one of seven schools in Indiana to receive this
honor. The recognition is based on a school’s overall academic
performance or progress in closing achievement gaps among student
subgroups.

“National Blue Ribbon Schools are active demonstrations of preparing
every child for a bright future,” said U.S. Secretary of Education Betsy
DeVos to the honorees. “You are visionaries, innovators and leaders. You
have much to teach us: some of you personalize student learning, others
engage parents and communities in the work and life of your local
schools and still others develop strong and forward-thinking leaders
from among your teaching staff.”

This coveted award affirms the hard work of educators, families and
communities in creating safe and welcoming schools where students master
challenging and engaging content.

Now in its 35th year, the National Blue Ribbon Schools Program has
bestowed recognition on more than 8,500 schools. On Nov. 6-7, the
Secretary and the Department of Education will celebrate with these
honorees at an awards ceremony in Washington, D.C.

All schools are honored in one of two performance categories, based on
all student scores, subgroup student scores and graduation rates:

Up to 420 schools may be nominated each year. The Department invites
National Blue Ribbon School nominations from the top education official
in all states, the District of Columbia, Puerto Rico, the Virgin
Islands, the Department of Defense Education Activity and the Bureau of
Indian Education. Private schools are nominated by The Council for
American Private Education (CAPE).

Here is a link to Secretary DeVos’ announcement:
https://youtu.be/e_YqQtf1GaY [1]

*Attached photo is of Maple Elementary Teachers and Principal

I play on the radio from 7 am -1 pm weekdays on 98.9 FM WYRZ and WYRZ.org. Follow me on twitter @WYRZBrianScott or e-mail me at brian@wyrz.org.
Previous ISP Detectives Recover Two Stolen Handguns
Next ACT NOW TO PREVENT SPREAD OF FLU THIS SEASON