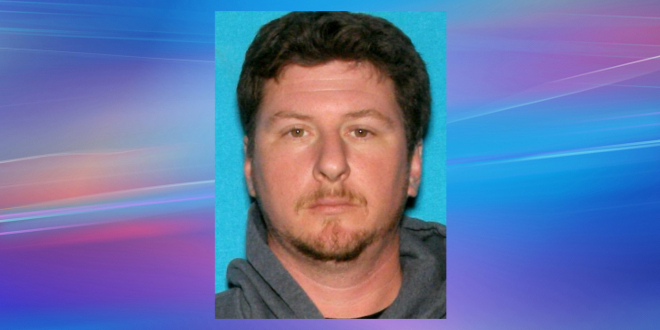 Avon police have found a man who was reported missing earlier this week dead of an apparent self-inflicted injury. Avon police earlier in the day requested the publics help in locating Kevin England. In a Facebook post Thursday night, the Avon Police Department confirmed that England had been found dead. 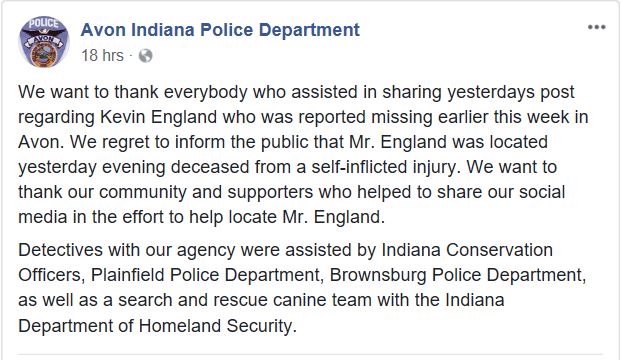 Officers from the Avon Police Deparment have been searching for a man, Kevin England, reported missing Tuesday night from the area of U.S. 36 and Dan Jones in Avon.

If you have seen Kevin England or know where he may be located, please contact the Hendricks County Communications Center at 317-839-8700.

I play on the radio from 7 am -1 pm weekdays on 98.9 FM WYRZ and WYRZ.org. Follow me on twitter @WYRZBrianScott or e-mail me at brian@wyrz.org.
Previous Governor Holcomb Strengthens Infrastructure, Business Relationships in Quebec
Next Rep. Rokita: May We Never Take for Granted Those Who Served in Vietnam