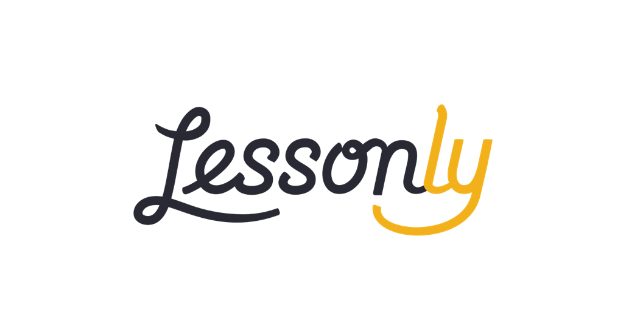 INDIANAPOLIS, Ind. (Dec. 14, 2017) – Governor Eric J. Holcomb joined executives of Lessonly, a leader in online training software, today as the company announced plans to expand its headquarters in Indianapolis, with plans to more-than-double its team and create up to 102 new, high-wage jobs by 2020.

“Entrepreneurs are finding success here and propelling Indiana to the forefront of technology and innovation,” Gov. Holcomb said. “Lessonly is a true example of the way Hoosiers identify and solve 21st Century challenges for businesses across the nation. Because of companies like Lessonly, all eyes are on Indiana, and I’m excited to see what the future holds for Lessonly and for our growing tech sector.”

Co-founded in 2012 by Max Yoder, the company’s chief executive officer, Lessonly develops powerfully simple training software that helps sales and support teams do better work. Lessonly’s software makes it easy to create lessons in minutes, and deliver customized training to employees about essential job functions. The company has experienced rapid growth, and helps drive employee productivity and performance for over one million learners at more than 500 companies – including NBC News, Trunk Club, Ibotta, and Thumbtack.

To meet increasing demand from sales and customer service teams across the globe, Lessonly will invest approximately $2 million in its Indianapolis operations over the next five years to accommodate its growing team. Initially, the company plans to enhance its current 10,000-square-foot facility at 407 Fulton St., improving workstations, meeting areas and amenities. As they grow, Lessonly will look for opportunities to scale its headquarters while remaining in Indianapolis.

“We’re extremely proud to call Indianapolis home,” said Yoder. “We’re working hard to reimagine training software for millions of people across the globe, and this city is our bedrock.”

Lessonly recently announced an $8 million Series B funding round led by Boston-based OpenView. The company has doubled in size every year for the last five years and now employs 83 full-time employees in Indianapolis – exceeding its 2013 IEDC-supported goal of 75 employees by the end of 2017. Lessonly is currently hiring for sales, product and engineering, business development, and services positions. Interested applicants may apply online. New positions are expected to offer average salaries 50 percent higher than the state’s average wage.

“Lessonly’s continued investment in our community is both a testament to their success and the environment of growth here in Indianapolis,” said Mayor Joe Hogsett. “With Indianapolis’ kinetic pipeline of workforce talent, matched with Lessonly’s impressive expansion, we look forward to celebrating this homegrown company’s success for years to come.”

The Indiana Economic Development Corporation (IEDC) offered Lessonly up to $1,100,000 in conditional tax credits and up to $200,000 in training grants based on the company’s job creation plans. These incentives are performance based, meaning until Hoosiers are hired, the company is not eligible to claim incentives. The city of Indianapolis supports the project at the request of Develop Indy, a business unit of the Indy Chamber.

The tech industry in the Indianapolis area added 6,182 new jobs in 2015 and 2016, growing at a rate of 28 percent, which ranks No. 4 among U.S. metros and is more than double the national average of 11 percent (CBRE 2017). Lessonly is one of 64 tech and tech-enabled firms that committed to growing in Indiana in 2017, joining companies like Infosys, Vibenomics, WorkHere and Levementum. Together, these firms committed to creating 7,636 new, high-wage jobs in Indiana in the coming years, which accounts for one quarter of all new jobs committed to the IEDC in 2017.

About Lessonly
Lessonly is powerfully simple training software used by over a million learners at more than 500 companies to translate important work knowledge into Lessons that accelerate productivity. Sales teams across the world use Lessonly to reinforce best practices, accelerate rep performance, and close more deals. Support teams across the world use Lessonly to serve customers faster, drive consistent support, and elevate the customer experience. Learn more at Lessonly.com.

I play on the radio from 7 am -1 pm weekdays on 98.9 FM WYRZ and WYRZ.org. Follow me on twitter @WYRZBrianScott or e-mail me at brian@wyrz.org.
Previous Alleged Impaired Driver Strikes Guardrail and Box Truck in Putnam County
Next Traffic Changes on SR 37 in Bloomington Begin Friday