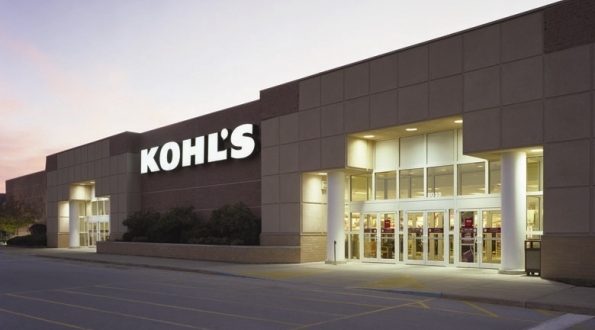 PLAINFIELD, Ind. (Sept. 9, 2016) – Kohl’s (NYSE: KSS) will begin renovations later this year on a new e-commerce distribution center in Indiana, creating up to 300 new full-time jobs by 2018. The company is the latest addition to Indiana’s thriving logistics sector, which today includes approximately 5,700 businesses across the state.

“As the Crossroads of America, Indiana continues to prove why it is a national logistics leader,” said Governor Mike Pence. “From Kohl’s to the thousands of other logistics operations that are thriving across Indiana, Hoosiers play a crucial role in helping customers receive the goods they need in all corners of the world. With Indiana’s affordable, low-tax environment, our state has added nearly 150,000 new jobs just since 2013, and we’re excited to be adding even more jobs from a national company like Kohl’s.”

The national retailer headquartered in Menomonee Falls, Wisconsin will purchase, renovate and equip a 937,000-square-foot facility at 9998 All Points Parkway in Plainfield. The company plans to begin renovations in 2016 and operations are expected to begin in late 2017. The new facility will serve as a fulfillment site for Kohls.com purchases and support additional fulfillment capacity required to serve the company’s online customers quickly and efficiently.

Kohl’s currently operates 39 stores throughout Indiana. In addition to the 300 new full-time jobs planned, the company also plans to add 600 new part-time positions with benefits as the facility reaches full capacity. The company plans to being hiring in spring 2017 for management, supervisory and material handing positions. Interested applicants can visit KohlsCareers.com for additional information.

“The town of Plainfield is pleased that Kohl’s has chosen to locate in Plainfield and make an investment in their future here in our town,” said Robin Brandgard, president of the Plainfield Town Council. “They join the large number of outstanding companies that operate in our business parks. This decision continues to grow Plainfield’s reputation for being one of the premiere sites for industrial and distribution centers. We currently have more than 35 million square feet under roof.”

The Indiana Economic Development Corporation offered Kohl’s Department Stores up to $1.2 million in conditional tax credits based on the company’s job creation plans. These tax credits are performance-based, meaning until Hoosiers are hired, the company is not eligible to claim incentives. The town of Plainfield approved additional incentives at the request of the Hendricks County Economic Development Partnership.

Indiana is a national logistics leader, earning its status as the Crossroads of America. The state is home to a central U.S. location, more pass-through interstates than any other state, the world’s second-largest FedEx hub and the third most total freight railroads in the nation. The state’s logistics industry has earned an A grade from Conexus Indiana and Ball State University’s Center for Business and Economic Research for the past five years.

I play on the radio from 7 am -1 pm weekdays on 98.9 FM WYRZ and WYRZ.org. Follow me on twitter @WYRZBrianScott or e-mail me at brian@wyrz.org.
Previous Residents warned about Texas marketing firm solicitations
Next Coats Highlights Secret Obamacare Slush Fund