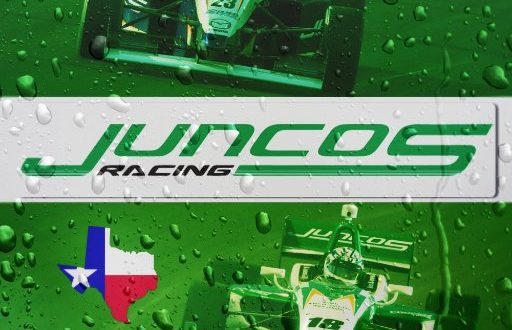 INDIANAPOLIS – With just a single point separating Indy Lights driver Kyle Kaiser from the 2017 series title, and Victor Franzoni leading the ProMazda Championship by two points, you’d be justified in thinking that total focus at their Juncos Racing team shop is on this weekend’s Indy Lights/ProMazda finales at Watkins Glen.

That’s not necessarily the case – Juncos Racing indeed is intent on clinching the Lights championship this Sunday and looking to win the ProMazda championship. However, in an initiative spearheaded by Juncos Racing COO Jayson Marksberry and underwritten by team owner Ricardo Juncos, the team is also heavily involved this week in Hurricane Harvey relief efforts.

A 24-foot gooseneck trailer at the Juncos shop in Speedway is in process of being loaded with pallets of bottled water, boxes of food, basic hygiene kits, diapers and other items desperately needed by evacuees from Houston and surrounding areas devastated by hurricane winds and historic flooding. Marksberry said while the majority of items are being purchased at a westside Sam’s Club, donations of hygiene items have come from the manager of Brownsburg’s Comfort Suites, Flap Jack’s in Brownsburg, and from NFP Clippinger Financial Group in Evansville.

“We have several friends, team partners and sponsors based in Texas, not far from the affected areas,” Marksberry said. “Some still are attempting to find out if their loved ones and employees are safe. As we’ve been in touch with them, and have watched the scope of this disaster grow, we decided that we had to do something to help. Some folks have lost everything they owned. Getting them something to eat, something to drink, diapers for the youngest ones, it’s the least we can do.”

Marksberry noted that they will wait until the storm subsides, with plans to roll out Tuesday morning toward the Lone Star state. Several off-duty Brownsburg Police Department officers, along with two off-duty federal customs agents, will lead the way. When the group is within 100 miles of Dallas, the Dallas Police Department will be contacted to help coordinate delivery of the items.

“We may make it all the way down to Houston,” Marksberry said, “but if a large number of people have evacuated to the Dallas area by that time, which it looks like is going to occur, we may be directed to deliver to one of the relief locations there. That’s a decision that will be made by coordinating with Dallas PD as we’re approaching the city. They’ll know where the need is at that particular point.”

Marksberry is no stranger to relief initiatives. Over the years he’s been actively involved in several relief efforts. Marksberry and his wife Rose engaged quickly after the March 2012 Henryville tornado. Shortly after the storm roared through that Southern Indiana community, Marksberry was on the road with a trailer filled with relief items. He followed that initial trip with three more deliveries.

“We couldn’t be more excited for and proud of Kyle Kaiser and Victor Franzoni and our ProMazda and Lights teams,” Marksberry said, “and, fingers crossed, will be celebrating after the Watkins Glen runs this weekend. But we can multitask, and take care of the racing business while also taking care of people who are in desperate need of help, and will be for quite some time down the road.

“I’m grateful to be affiliated with a team that understands that.”