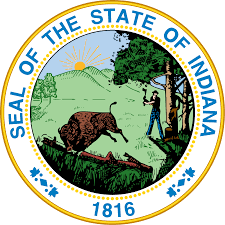 State Board of Education Leader Will Move to Department of Administration

INDIANAPOLIS – Indiana State Board of Education (SBOE) Executive Director John Snethen today announced he will resign his position effective Sept. 8 to join the Indiana Department of Administration (IDOA) as the agency’s general counsel.

“It’s been an honor to serve Indiana’s State Board of Education, and I’m proud of what we’ve accomplished for Hoosier students,” Snethen said. “I’m looking forward to continuing my service to the state in this new role at the Department of Administration.”

Snethen has served as SBOE executive director since May 2015 and was the board’s general counsel between 2014 and 2016. Before that, he worked in the Indiana attorney general’s office as deputy attorney general.

He will begin his new role with the IDOA Sept. 11. Members will discuss a potential replacement for Snethen during an upcoming SBOE meeting.