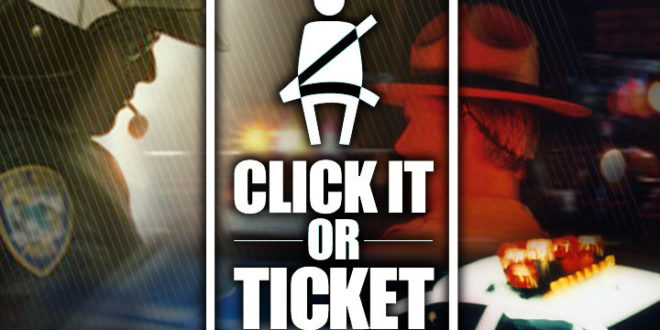 Indiana State Police to Participate in Click It or Ticket Campaign

Indiana- May 6th thru 30th, 2016, Indiana State Police Troopers throughout the state will join officers from more than 250 state and local agencies in Indiana, as well as thousands more across the nation, in the federally funded Click It or Ticket campaign. This campaign also includes the Memorial Day holiday weekend and the federally funded Combined Accident Reduction Effort (C.A.R.E.) overtime project.

During this period, troopers will be raising awareness about the benefits of occupant restraints through education and enforcement, and utilizing high visibility patrols and sobriety checkpoints to help ensure the safest environment for all motorists on Indiana roadways.

According to the Indiana Criminal Justice Institute, in 2015, there were 818 fatalities on Indiana roadways with 33 percent of those fatalities unrestrained.

“Statistics have shown that wearing a seatbelt and properly restraining children in a child restraint seat dramatically reduces the possibility of injuries and death from a traffic crash,” commented Indiana State Police Superintendent Doug Carter. “We are committed to ensuring everyone buckles up every time, all the time, to safeguard Hoosier’s while traveling throughout Indiana.”

I play on the radio from 7 am -1 pm weekdays on 98.9 FM WYRZ and WYRZ.org. Follow me on twitter @WYRZBrianScott or e-mail me at brian@wyrz.org.
Previous Indiana Ranks Top 5 in the Nation for Business
Next Governor Pence Names Geoffrey G. Slaughter to Indiana Supreme Court