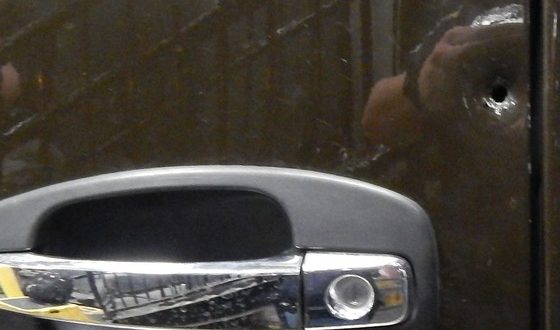 Indianapolis, IN – Detectives from the Indiana State Police are investigating four separate interstate shootings over the weekend in Indianapolis. The shootings left one person shot and damage to at least four vehicles. Detectives are asking for the public’s help to identify suspects in each of these incidents.

Indiana State Police Detectives are continuing to follow leads in each of these investigations. Anyone with information about these shootings is asked to call Crime Stoppers at 317-262-TIPS. Investigators do not believe these shootings are related to one another however it is probable three of these four shootings began as road rage incidents. Motorists are discouraged from engaging in any type of road rage, instead immediately report road rage to police by calling 911.

I play on the radio from 7 am -1 pm weekdays on 98.9 FM WYRZ and WYRZ.org. Follow me on twitter @WYRZBrianScott or e-mail me at brian@wyrz.org.
Previous Jack Sadler Announces Hendricks County Sheriff Campaign for 2022
Next Legislation announced to help prevent suicide and human trafficking for 2021 Legislative Session