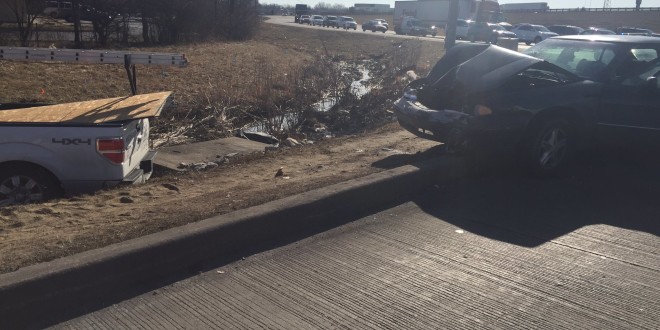 INDIANAPOLIS – Officers with the Indianapolis Metropolitan Police Department nab an alleged burglary suspect after he flees from them.

At approximately 9:!5 a.m., officers with the Indianapolis Metropolitan Police Department were sent to the 900 blk of Lake Nora Court on a burglary in progress.  Officers were later provided with updated information that the suspect was in a black Pontiac Grand Am leaving the apartment complex. 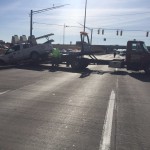 Officers continued to feverishly search for the suspect vehicle and were rewarded for their effort’s when the vehicle was spotted again coming onto Meridian St. in the 9100 blk of N. Meridian St.  Officers again gave chase, entering I-465 South exiting onto N. Michigan Rd.  It was at this intersection where the suspect’s vehicle crashed into a pick-up truck that was traveling north on N. Michigan Rd.  The suspect exited, his now severely, damaged vehicle and attempted to run.  In coordination with Carmel Police Department and the Indiana State Police, officers were able to track the suspect to a nearby business where he was taken into custody without further incident. 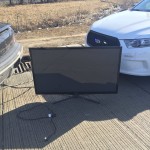 The homeowner later told officers that he came home to find his front door had been kicked in and he overheard the alleged suspect inside the apartment.  The homeowner backed out and called the police.  The driver of the other involved vehicle, luckily, did not sustain any significant injuries other than the complaint of pain.  After being interviewed by detectives the suspect will likely face preliminary charges of Burglary, Resisting Law Enforcement, and Driving on a Suspended License among other potential charges.  Officers were able to recover the majority of items stolen by the suspect including a TV.

I play on the radio from 7 am -1 pm weekdays on 98.9 FM WYRZ and WYRZ.org. Follow me on twitter @WYRZBrianScott or e-mail me at brian@wyrz.org.
Previous Coats Statement on President’s Plan to Close Guantanamo Bay Prison
Next Donnelly Announces Dr. Adams to Testify Wednesday Before Senate Aging Committee