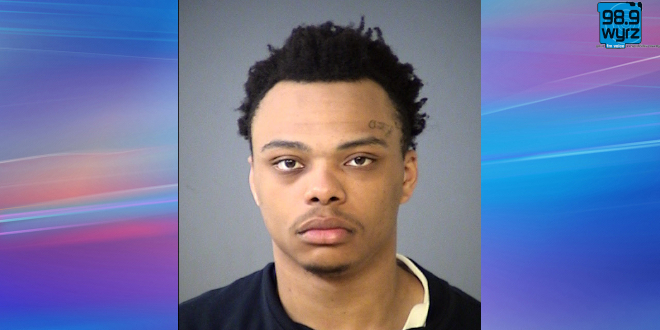 INDIANAPOLIS- On Sunday, October 11, 2020, just after 12:40 p.m., North District officers were dispatched to 8700 Masters Road on report of a person that had just exited a moving vehicle and was laying in the road. Witnesses were unsure the extent of the person’s injuries and stayed with them until officers arrived. Minutes later, IMPD officers were dispatched to a vehicle into a building with an injured person inside. Officers arrived and located an unconscious individual in the vehicle who appeared to have wound(s) consistent with gunshot wound(s). IEMS arrived and pronounced the victim at 8400 Craig Street deceased on scene. The individual at 8700 Masters Road was checked out on scene by IEMS medics and was treated for minor injuries.

Thanks to the quick response of North District officers as well as the tireless efforts of IMPD Homicide detectives, 18-year-old Jaylen Smith was arrested for his alleged involvement in the homicide of Meghan Schwab. Jaylen was arrested and charged with murder.

I play on the radio from 7 am -1 pm weekdays on 98.9 FM WYRZ and WYRZ.org. Follow me on twitter @WYRZBrianScott or e-mail me at brian@wyrz.org.
Previous IMPD Homicide Detectives make arrest in homicide and aggravated assault
Next Superintendent McCormick Releases EducationFIRST Packet Outlining Critical Policy Actions Needed During Upcoming Legislative Session