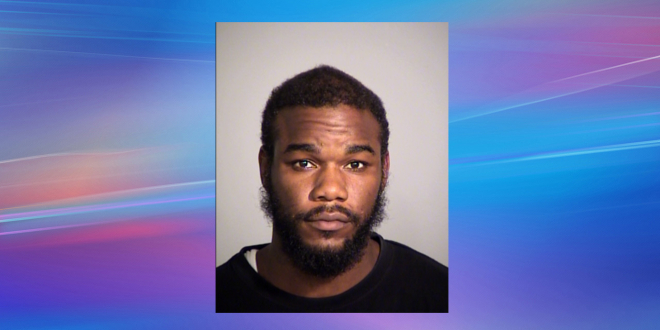 INDIANAPOLIS –On April 19, 2018, just before 10:00 p.m., officers with the Indianapolis Metropolitan Police Department (IMPD) were dispatched to 1229 Manhattan Avenue on a report of shots fired.  When officers arrived they located three individuals who had been shot. All three victims were transported to nearby hospitals. Despite the best life-saving efforts by medical staff, the female later identified as Kylie Price who was transported in critical condition died from her injuries.

Homicide detectives worked tirelessly on the case and were able to identify two individuals involved in the fatal shooting.  IMPD SWAT along with Homicide detectives served a search warrant and located 35-year-old Fransuah Mathews who was arrested for his involvement in the death of Kylie Price.  Detectives continue to search for 34-year-old Anthony Smith.  Homicide Detectives are asking for the community’s help in locating Anthony Smith.  Smith should be treated as armed and dangerous.  Please do not approach him, immediately call 911.

Anyone with information about this incident should call the IMPD Homicide Office at 317.327.3475 or Crime Stoppers of Central Indiana at 317.262.8477 or (TIPS).  Citizens can also download the mobile P3tips app for Apple or Android phones to submit a mobile tip, or go to www.CrimeTips.org to submit a web tip. You will remain anonymous and may be eligible for a cash reward of up to $1000 if the information leads to a felony arrest.  Only tips submitted directly and anonymously to Crime Stoppers are eligible for these cash rewards. This release may be updated as more information becomes available. Information given via Crime Stoppers should be considered anonymous.

I play on the radio from 7 am -1 pm weekdays on 98.9 FM WYRZ and WYRZ.org. Follow me on twitter @WYRZBrianScott or e-mail me at brian@wyrz.org.
Previous Banks Speaks on Amendment to Recognize Smith Field in Fort Wayne as National Airmail Museum
Next Community Tips and Search Warrant Yield Arrest