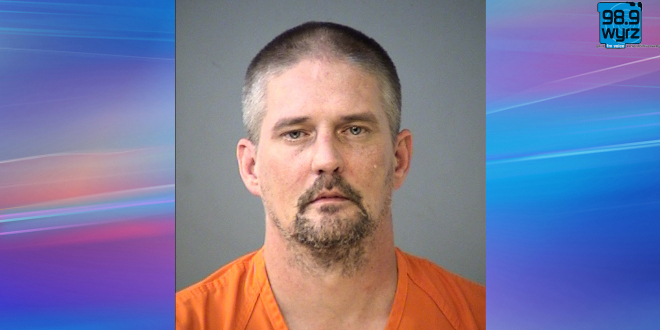 INDIANAPOLIS –  On July 8, 2020, just after 4:30 A.M. Indianapolis Metropolitan Police Department (IMPD) officers were dispatched to 1512 N. Sheridan Ave. for a person shot. When officers arrived, they located an adult female suffering from injuries consistent with a gunshot wound(s) inside of the residence. The adult female, identified as 37-year-old Jill Phipps was transported to an area hospital in critical condition. She was pronounced deceased at the hospital.

Homicide detectives responded to the scene and began canvassing the area for witnesses. The Indianapolis-Marion County Forensic Services Agency responded to assist in identifying and collecting potential forensic evidence. The Marion County Coroner’s Office will be assisting and will determine the exact manner and cause of death.

IMPD Homicide detectives continued to work diligently on the case.  Detectives arrested 38-year-old Jason Phipps for his involvement in the death of Jill Phipps.  The Marion County Prosecutors office will review the case and make a final charging decision.

Anyone with information about this incident should call the IMPD Homicide office at 317.327.3475 or Crime Stoppers of Central Indiana at 317.262.8477 or (TIPS).  Citizens can also download the mobile P3tips app for Apple or Android phones to submit a mobile tip, or go to www.CrimeTips.org to submit a web tip. You will remain anonymous and may be eligible for a cash reward of up to $1000 if the information leads to a felony arrest.  Only tips submitted directly and anonymously to Crime Stoppers are eligible for these cash rewards.

I play on the radio from 7 am -1 pm weekdays on 98.9 FM WYRZ and WYRZ.org. Follow me on twitter @WYRZBrianScott or e-mail me at brian@wyrz.org.
Previous Larwill man dies in Whitley County ORV accident
Next 500 Festival, KeyBank Forgo In-Person Black Tie Event, Off the Grid, to Donate VIP Gift Boxes to Central Indiana’s Front Line Health Care Heroes