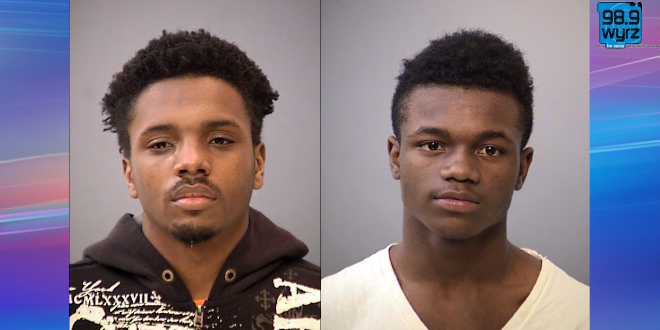 Detectives identified a residence where Cameron Dillon was frequenting. On Monday April 20, 2020 Detectives observed Dillion arrive at and enter 55 N. Whittier Place, Indianapolis. Covert Robbery Detectives and members of the IMPD SWAT Team approached the residence and verbally ordered Dillon to exit the residence. Dillion exited the front of 55 N. Whittier Place, and was taken into custody without incident.
A search warrant was sought and granted, evidence from robberies in January 2020 was recovered. Dillon was transported to the robbery office where he was interviewed.  Dillon admitted his involvement in the following armed business robberies.

Darrion Bynum who was already in custody was also charged as a co-defendant for the robberies of Advance Auto and Dairy Queen.

A copy of the Probable Cause Affidavit can be obtained by contacting the Marion County Prosecutor’s Office.

Anyone with information about this incident should call the IMPD Homicide /Robbery Office at 317.327.3475 or Crime Stoppers of Central Indiana at 317.262.8477 or (TIPS).  Citizens can also download the mobile P3tips app for Apple or Android phones to submit a mobile tip, or go to www.CrimeTips.org to submit a web tip. You will remain anonymous and may be eligible for a cash reward of up to $1000 if the information leads to a felony arrest.  Only tips submitted directly and anonymously to Crime Stoppers are eligible for these cash rewards.

I play on the radio from 7 am -1 pm weekdays on 98.9 FM WYRZ and WYRZ.org. Follow me on twitter @WYRZBrianScott or e-mail me at brian@wyrz.org.
Previous Gov. Holcomb Signs Executive Order To Expedite Appeals of Unemployment Insurance Claims
Next Area lawmakers announce Hendricks County recipients of $7,500 teaching scholarships