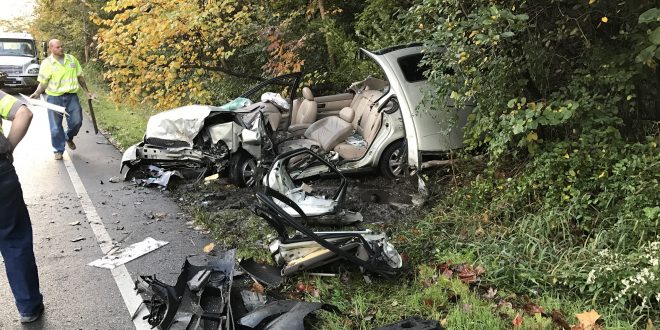 INDIANAPOLIS – Just after 6:00 a.m., officers with the Indianapolis Metropolitan Police Department were sent to the 8900 block of West 56th Street reference a two vehicle crash with entrapment.

When officers arrived, they found two vehicles that had sustained significant damage and fire personnel working to free both drivers who were trapped. Both drivers, who have not yet been identified, were the only occupants of both vehicles. After several minutes, fire personnel successfully freed both drivers from their vehicles. One driver was initially listed in extremely critical condition, and unfortunately, she later died at the IU Health Methodist Hospital, and the other driver was originally listed in critical condition but was later upgraded to serious condition at St. Vincent Hospital.

Preliminarily investigators believe that a blue KIA was heading east on W. 56th St. in the 8900 block and crossed the center line and collided head-on with a silver Ford traveling west on W. 56th St. The collision was significant and resulted in both drivers being trapped in their vehicles for several minutes. Investigators have not yet determined what caused the blue KIA to cross the center line, but they did not find any visible signs of impairment. However, the surviving driver will be subject to a standard blood draw to test for possible illegal intoxicants.

W. 56th Street has been reopened after being closed for about 3 hours to allow for proper investigative and clean-up time. 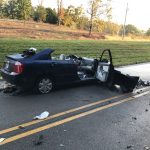 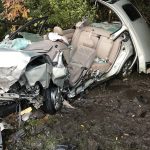 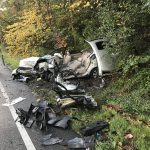 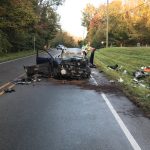 I play on the radio from 7 am -1 pm weekdays on 98.9 FM WYRZ and WYRZ.org. Follow me on twitter @WYRZBrianScott or e-mail me at brian@wyrz.org.
Previous Expansion on Tap for Indiana’s Triton Brewing Company
Next Senator Jim Arnold (D-LaPorte) honored as Senator of the Year at the Aviation Indiana Annual Conference