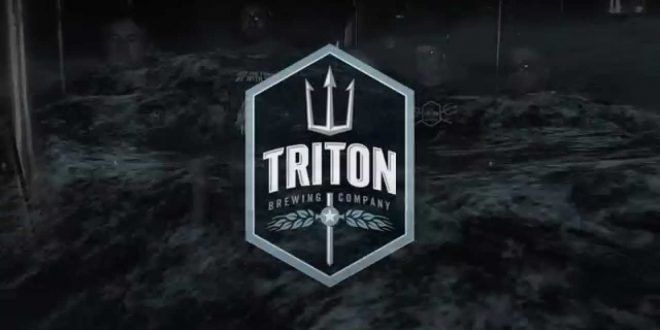 INDIANAPOLIS (Oct. 14, 2016) – Triton Brewing Company, a traditional community-based production brewery, announced plans today to grow its brewing and distribution operations in Indiana. The company, which recently celebrated its five-year anniversary, has increased its production nearly tenfold since 2011, and its beer is now available in more than 1,500 local and national retailers statewide.

“Indiana businesses have created more than 156,000 new jobs since 2013 thanks to the dedication and hard work of Hoosier entrepreneurs like the team at Triton Brewing Company,” said Governor Mike Pence. “Indiana offers innovators a low-cost, low-tax business climate and a limited red-tape regulatory environment that has been recognized as the best in the nation for small businesses. Indiana is a state that works for job creators of all sizes, and we are committed to supporting the continued growth of Indiana-grown ideas like Triton Brewing Company.”

Triton Brewing Company, which has brewed more than 1,100 batches representing 128 of its brands since 2011, will invest $435,000 over the next three years at its Indianapolis facility near Fort Benjamin Harrison in order to increase production and expand its Midwest distribution into Kentucky, Ohio and Illinois. The company, which utilizes both laboratory and sensory testing for quality control, plans to add a centrifuge and related equipment to support the increased production and will add a kitchen to its 10,600-square-foot facility to provide fresh, seasonal fare for customers.

As part of its planned growth, Triton will add up to 17 new full-time jobs by 2019. The new positions will specialize in brewing, bottling and operations to support the company’s current team of 11 Hoosiers, including 5 full-time employees.

“This is a significant investment in our people and our organization, and this support from the state of Indiana will help us continue to grow and add jobs locally,” said David Waldman, director of operations for Triton Brewing Company. “We have a very strong connection to the community and the state, and we look forward to building our company and our lives here in Indiana. Many of the names of our signature beers are inspired by Indiana, and we look forward to sharing this Hoosier inspiration across the region.”

Triton, which also partners with Triton Tap in Broad Ripple, is dedicated to supporting increased community events and engagement as well as giving back to the Hoosier community. In just the last three years, Triton has supported more than 50 local charitable organizations and has contributed to community-focused festivals across Indiana that also benefit specific causes, including Anderson Brewfest, Brew Ha Ha, Evansville Zoo Brew, Indiana Microbrewers Festival and Noblesville Brewfest.

“It is exciting to follow the evolution of Indy’s craft beer community over the past few years,” said Indianapolis Mayor Joe Hogsett. “The need for amenities that help attract and retain talented individuals from across the globe is more important than ever, and Indy’s creative class of artisan food and drink producers has really put us on the map. Cheers to Triton for their continued success.”

The Indiana Economic Development Corporation offered Triton Brewing Company up to $57,000 in conditional tax credits and up to $45,000 in training grants based on the company’s job creation plans. These incentives are performance-based, meaning until Hoosiers are hired, the company is not eligible to claim incentives. The city of Indianapolis will provide additional workforce assistance at the request of Develop Indy, a business unit of the Indy Chamber.

I play on the radio from 7 am -1 pm weekdays on 98.9 FM WYRZ and WYRZ.org. Follow me on twitter @WYRZBrianScott or e-mail me at brian@wyrz.org.
Previous Licensed grain facilities can apply for temporary or emergency storage
Next IMPD accident investigators are looking into fatal crash that closes West 56th Street for about 3 hours