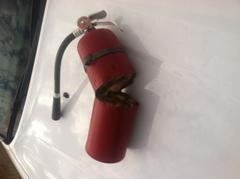 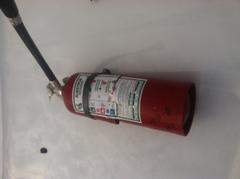 Morgan County, IN- A traffic stop by an alert Indiana State Trooper has removed five pounds of suspected heroin from the streets of Indiana.

While speaking with the driver, Jesus Herrera, 56, of Fontana California, Trooper Wells detected inconsistencies and became suspicious that possible criminal activity was afoot. Trooper Wells requested assistance from another officer and Captain Dwight Simmons, of the Putnam County Sheriff’s Department, along with his K-9 partner “Bo”, and Trooper Yan Dravigne arrived to assist. The K-9 deployment on the Tahoe indicated a positive alert and a subsequent search yielded five pounds of alleged heroin canceled inside a fire extinguisher in the vehicle.

Herrera was arrested for Possession of Heroin, a Level 3 Felony and Dealing Heroin, a Level 2 Felony. He was transported and booked in the Morgan County Jail without incident. 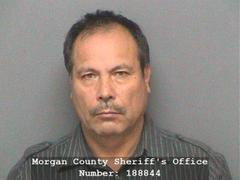