INDIANAPOLIS – With one year before the 2016 gubernatorial election, the Indiana Democratic Party today announced their formal endorsement for John Gregg to be the next governor of the Hoosier State. This unanimous endorsement by the Democratic State Central Committee comes at a time when Indiana is on the verge of losing its identity. Indiana is a state about fairness where we show our Hoosier Hospitality to friends and visitors along the Crossroads of America – all of which has been lost by the ideology and out of touch agenda by Governor Mike Pence.

“Indiana needs to reclaim its identity– one that treats people fairly, welcomes everyone with open arms, and makes sure the well-being of each and every Hoosier is prioritized. Unfortunately with Governor Mike Pence, his rigid ideology has set us back and has put the state on the edge of falling behind the rest of the nation,” said John Zody, Chairman of the Indiana Democratic Party. “From signing RFRA to slamming the door on Pre-K expansion – and to widening the wage gap for middle class workers and neglecting our state’s crumbling infrastructure system, Mike Pence has shown that he governs from crisis to crisis, and will choose his ideology over Hoosiers 100% of the time. We can do better, and it begins by electing John Gregg as our next governor.”

Since taking office in 2013, Governor Mike Pence has followed a late-to-the-game strategy on solving today’s problems for the everyday Hoosier. When there was an opportunity to create a statewide Pre-K system, Governor Pence put his ideology ahead of commonsense by saying no. When Indiana saw the worst HIV outbreak in the state’s history, Mike Pence waited 60 additional days before even addressing the issue, causing cases to rise from 10 to 79. And in spite of objections by Indiana businesses and with the entire nation watching, the governor signed RFRA – causing a $250 million economic panic and putting Indiana’s “Hoosier Hospitality” reputation in jeopardy. Because of Mike Pence, Indiana is on the cusp of losing its identity of being a welcoming state that believes in fairness for all Hoosiers.

Hoosiers know about John Gregg’s history of bipartisanship in the Statehouse. As Speaker of Indiana’s House of Representatives, John worked across the aisle with a Republican controlled Senate to pass legislation aimed at protecting the state’s economy and the overall well-being of Hoosier families. With John Gregg, Hoosiers can rest assured that they will have a leader who can put their ideology aside and solve the tough problems and improve the well-being the State of Indiana. 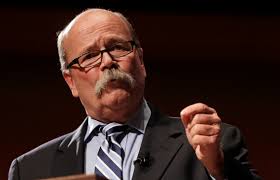