“It is an honor and privilege to continue building cultural ties between Indiana and Japan,” said First Lady Karen Pence. “What is significant and unique about this exchange is that it connects a cultural bridge between children of both Japan and Indiana. Not only is Columbus, Indiana, the sister city to Miyoshi City, Japan, but Southside Elementary School is the sister school to Miyoshigaoka Elementary School.”

The art exchange began on Aug. 26 when Mrs. Pence, a former art teacher, originally visited Southside Elementary School in Columbus and taught the students how to create “name creatures” in anticipation of exchanging the art pieces while in Japan. Today, Mrs. Pence shared the Japanese students’ artwork with the fourth grade students in Columbus, completing the art exchange.

In addition to sharing the pieces of art with the students, Mrs. Pence showed a video featuring Miyoshigaoka Elementary School students creating their artwork as well as sharing their experiences as students in Japan and friendship messages to the Columbus students. A similar video of Southside Elementary School students was shared with students in Japan. Also, Mrs. Pence presented the class with handmade gifts from the Miyoshi City fourth graders.

Serving in her role as Indiana’s Bicentennial Ambassador, Mrs. Pence also presented the school with an officially endorsed bicentennial children’s book entitled “The Gifts of Indiana,” which was created by students at Butler University.

With several sister-city relationships throughout the state of Indiana, today’s exchange is part of an ongoing effort to strengthen sister-city relationships between Indiana and Japan. In 2013, Mrs. Pence conducted a similar art exchange between third grade students at Glen Acres Elementary School in Lafayette and Ota Elementary School, located in Lafayette’s Japanese sister city of Ota. 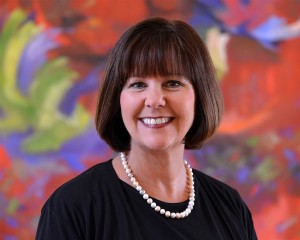