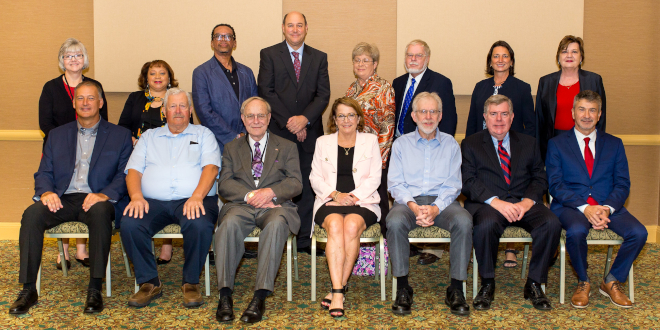 Many judges, magistrates, and commissioners were recognized by Chief Justice Loretta Rush for their commitment to higher education and their long-time service. Twenty-six judicial officers received an Indiana Judicial College certificate, and eighteen were honored for Years of Service on the bench. The honors were presented at an annual judicial conference.

A judicial officer must complete 120 hours of education presented by the Indiana Office of Court Services to receive this certificate. The program enhances legal knowledge and improves personal and professional development.

I play on the radio from 7 am -1 pm weekdays on 98.9 FM WYRZ and WYRZ.org. Follow me on twitter @WYRZBrianScott or e-mail me at brian@wyrz.org.
Previous September Indiana Employment Report
Next Rep. Banks Named Co-Chair of Future of Defense Task Force