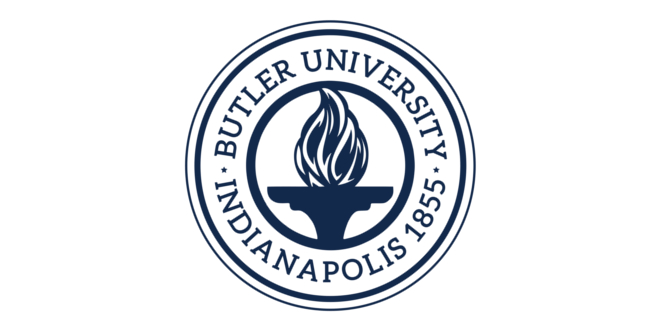 Fiscal year 2019 was a banner year for philanthropy at Butler University, with 15,823 generous graduates and friends contributing $41.4 million, representing the second highest fundraising total in the past 10 years. The gifts will bolster academic programs, enhance student life initiatives, and support Butler Athletics, cementing Butler’s status as the No. 1 regional university in the Midwest, a distinction made this year in U.S. News & World Report’s Best College Rankings.

The new building for the Andre B. Lacy School of Business (LSB) was one of the fiscal year’s landmark achievements. Twelve Founders Circle donor families each made $1 million gifts to lead the fundraising effort, which has totaled more than $21 million to support construction of the building. The atrium of the new building will be named in honor of these donors’ visionary investment in Butler’s future and the lives of future business students.

On June 7, the University marked another milestone as the Board of Trustees approved a $100 million renovation and expansion of Butler’s sciences complex. With the help of generous lead donors, more than $27 million has already been raised toward the total $42 million fundraising goal. Butler will hold a formal groundbreaking ceremony for the project this fall, but work is beginning immediately.

In another major infrastructure project this year, Butler announced a second phase of renovations to Hinkle Fieldhouse estimated to cost $10.5 million. To date, $10.1 million of that total has been raised through generous philanthropic support. The renovations began in May and will include enhancements to the Efroymson Family Gym and the men’s soccer locker room. The installation of an HVAC system will provide air conditioning for the main court, the concourses, and the Efroymson Family Gym.

Butler’s most dedicated donors also were recognized during the fiscal year. In September, the University celebrated the launch of the inaugural Carillon Society, which honors individuals who have made cumulative gifts of $100,000. The celebration inducted 248 honorees into the Carillon Society—representing more than $73 million in philanthropic support that has impacted nearly every corner of the University. Additionally, eight new plaques were unveiled on Cornerstone Plaza, recognizing the generosity of those whose cumulative giving has reached $1 million or more.

“This level of generosity demonstrates the incredible loyalty of our alumni, faculty, staff, and community, and the commitment we share to advancing Butler’s mission of providing the highest quality liberal arts education,” says Butler President James Danko. “Philanthropic support helps us to more effectively advance integrated learning in business, science, innovation, and technology. We are grateful for the many partners who have placed their trust in Butler and invested in the lives of our students with their gifts.”

Butler employees showed significant generosity this year, providing gifts totaling $1,042,196 from 599 faculty and staff donors, up from 424 faculty and staff donors in FY18 and 349 in FY17. This total indicates 59 percent of full-time Butler employees made a gift to the University in FY19 in a powerful demonstration of support for the institution’s mission and vision.

Butler’s annual Day of Giving marked its fourth year in record-setting fashion. The University raised $311,183—a 159 percent increase from its inaugural year in FY16. Of special note, this year’s Day of Giving raised $21,899 for the Butler Emergency Assistance Fund, which provides gift assistance to students with short-term, unforeseen financial hardships that might impact their academic success at the University. The Fund was a new initiative in FY19 that has already provided assistance to 16 students thanks to donor support. “Exciting things are happening at Butler, and we’re grateful to the donors and community partners who have come alongside us this year with their support and enthusiasm,” says Jonathan Purvis, Vice President for University Advancement. “Philanthropic partners are making a difference in the lives of our students every day by establishing scholarships, providing resources for our outstanding faculty, investing in state-of-the-art facilities, and supporting community partnerships that enrich student learning. Butler donors are absolutely integral to our students’ success and the impact we make in the community.”

I play on the radio from 7 am -1 pm weekdays on 98.9 FM WYRZ and WYRZ.org. Follow me on twitter @WYRZBrianScott or e-mail me at brian@wyrz.org.
Previous Intermittent closures planned for Monday on S.R. 37 SB in Martinsville
Next Former TV host pleads guilty in poaching case