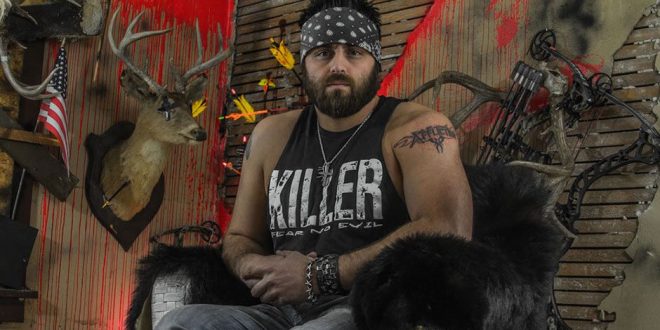 Christopher Brackett, 41, former host of the Outdoor Channel hunting show “Fear No Evil,” has pled guilty in federal court to unlawful transportation of wildlife, in violation of the Lacey Act.

Brackett, of East Peoria, Ill., admitted to killing two bucks within minutes of each other in Indiana in December 2013 while filming an episode for his show. Indiana law only allowed hunters to kill one buck per season. Brackett also admitted to transporting the larger buck, which he nicknamed “Unicorn Buck,” across state lines to his home in Illinois.

The footage featuring “Unicorn Buck” appeared on an episode of his show in 2014. Brackett also took steps to conceal the taking of the smaller buck by instructing staff to hide video footage and destroy the antlers.

As part of the plea agreement, Brackett agreed to 30 months of probation, and a ban of his hunting privileges worldwide for the same time period. He has also agreed to pay $30,000 in restitution and fines. Sentencing is scheduled for Nov. 5.

I play on the radio from 7 am -1 pm weekdays on 98.9 FM WYRZ and WYRZ.org. Follow me on twitter @WYRZBrianScott or e-mail me at brian@wyrz.org.
Previous Generous Donors Drive a Banner Fundraising Year for Butler
Next IMPD and IFD Arson Detectives Make Arrest on Several Local Arsons