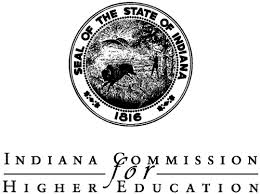 State would limit tuition increases between zero to 1.4 percent over next two years

The Indiana Commission for Higher Education today adopted a recommendation calling on the state’s public colleges and universities to hold annual increases in undergraduate tuition and mandatory fees flat but no more than 1.4 percent in each of the next two years.

“Indiana’s recent tuition increases are the lowest in nearly three decades and among the lowest in the nation,” said Indiana Commissioner for Higher Education Teresa Lubbers. “Our latest tuition recommendations aim to continue this trend to ensure college is affordable for Hoosier students and families.”

The Commission is charged by state statute with recommending non-binding tuition and mandatory fee targets every two years for each of Indiana’s public colleges. Though authority for setting tuition rates rests with each college’s board of trustees, the Indiana General Assembly has sought the Commission’s expertise in addressing the rising cost of tuition in Indiana.

Strong leadership at Indiana’s public institutions has been key in reversing a longstanding trend in rising college costs. Purdue University-West Lafayette and Indiana University-Bloomington have frozen tuition and mandatory fees for several consecutive years, and more than half (9 out of 16) of Indiana’s public colleges met the Commission’s 1.65% per year recommendation in the last biennium.