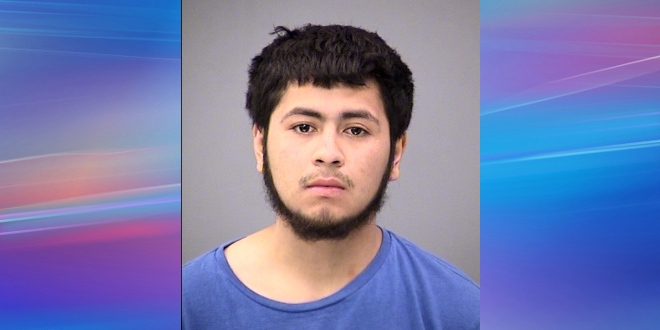 Wrong Way Drunk Driver Crashes into Dump Truck on I-65

Indianapolis, IN – Yesterday morning around 2:55 Trooper Jonathan Troyer was patrolling a construction zone on I-65 near Lafayette Road when he came across what appeared to be a disabled vehicle on the shoulder. Two of the three northbound lanes were closed for construction in this area. Troyer stopped behind the car with his lights on, as he walked up to the car, the car started to move forward and turn left at a slow speed. Troyer yelled at the driver to stop, the driver then put the car in reverse and backed into the guardrail. Trooper Troyer ran up to the front of the car and was knocking on the window with his flashlight trying to get the the driver to stop. The black Pontiac Grand Am then sped away, driving southbound in northbound lanes of I-65. The Pontiac was in the closed two lanes of the construction zone approaching a work area. By this time Trooper Troyer had gotten back into his car and was attempting to catch up to the Pontiac. A northbound dump truck, driven by William Honey of Greencastle, pulled into the construction zone and into the path of the car. The Pontiac struck the front of the dump truck. Neither the driver of the dump truck, nor the driver of the Pontiac were injured.

Further investigation determined the driver of the Pontiac, who identified himself as 20 year old Jonathan Hipolito of Indianapolis, was intoxicated. He was transported to Eskenazi Hospital by ambulance for further evaluation and a blood draw to test for intoxication. Hipolito was arrested on the preliminary charges of:

Preliminary charges and mentions of criminal acts in this release are merely accusations, actual charges are determined by the Marion County Prosecutor’s Officer. Since this investigation is ongoing more charges could be added.

I play on the radio from 7 am -1 pm weekdays on 98.9 FM WYRZ and WYRZ.org. Follow me on twitter @WYRZBrianScott or e-mail me at brian@wyrz.org.
Previous Homicide detectives make an arrest in the tragic death of teenage siblings
Next Gov. Holcomb Celebrates Graduates of The Last Mile