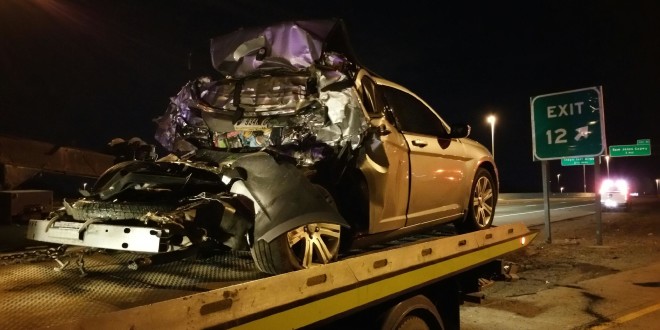 Weekend Crash Claimed the Life of an Indianapolis Woman 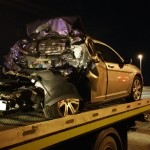 Indianapolis – Saturday March 19th at approximately 11:30 p.m. the Indiana State Police were dispatched to reports of a serious crash on I-465 southbound at the 12 mile marker. Within minutes Trooper Cameron Bottema arrived on scene, he located an unresponsive female inside a Grey 2013 Chrysler. Bottema immediately began life saving measures and continued to do so until first responders from the Warren Township Fire Department arrived. 28 year old Chloe Knox of Indianapolis was pronounced deceased on the scene by the Marion County Coroner. There were no other passengers in the Chrysler and the other driver was not injured.

Preliminary investigation revealed Knox’s vehicle has stopped in the right lane of I-465 and put into park. A 2006 Peterbilt, driven by Gurwinder Grewal of Canada, struck the rear of the stopped Chrysler.

The crash is currently under investigation, personnel from the Indiana State Police Commercial Enforcement Division were called to the scene to assist with the investigation. At this time it is unknown why Knox’s car was parked in the right lane. The right two lanes of I-465 at the 12 mile marker were closed for 4 1/2 hours while the crash was investigated and cleaned up. There is no further information available at this time.

I play on the radio from 7 am -1 pm weekdays on 98.9 FM WYRZ and WYRZ.org. Follow me on twitter @WYRZBrianScott or e-mail me at brian@wyrz.org.
Previous Howard County Deputy Killed, One Wounded During Early Sunday Morning Shooting
Next Two Grant County Women Killed in a Two Vehicle Crash in Wabash County