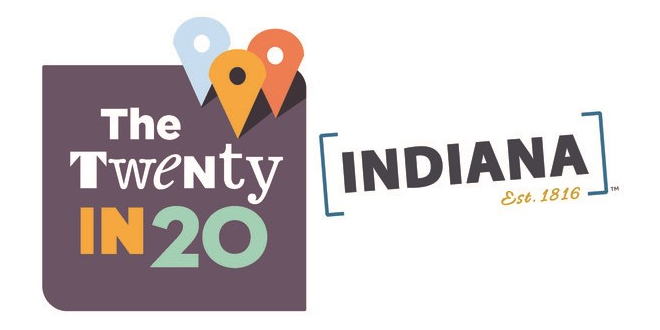 Visit Indiana’s The 20 IN 20; Drive-In Theaters

INDIANAPOLIS – (June 17, 2020) – Visit Indiana is taking The 20 IN 20 list to the big screen. Drive-in movie theaters are making a comeback, especially as more Hoosiers are wanting to catch the latest films while also social distancing. And many drive-in theaters throughout the state are making changes to accommodate their visitors.

The Auburn Garrett Drive-In opened in 1951 as the Tri-Hi Drive-In, showing “Isn’t It Romantic.” In 1960, the theater expanded the parking area from 150 cars to 420 cars. It is open through September and has posted social distancing guidelines on its website.

The Tibbs Drive-In has been a staple in the Indianapolis area since 1967. Two additional large outdoor movie screens were added to the drive-in later in 1972 and another one in 2012. Now the theater shows double features on all four screens.

The Centerbrook Drive-In first opened in 1950 in Martinsville. Centerbrook gets its name from the two nearby towns of Centerton and Brooklyn (“Center”-ton combined with “Brook”-lyn). The concession stand is one not to miss. It includes funnel cake fries, and the popcorn popper is old school, from the early 1970s and comes in souvenir plastic movie tubs. The concession stand takes credit cards, but it is cash only for admission.

“The State of Indiana has the fourth largest number of drive-in theaters still in operation in America,” said Misty Weisensteiner, director of Indiana Office of Tourism Development. “You can’t help but feel a little nostalgic when talking about drive-ins. It’s about reliving childhood memories or making new memories.”

You can show Visit Indiana your drive-in photos for a chance to win a prize. Post your pictures on Instagram with #The20IN20 for a chance to win a giveaway. We will randomly draw 20 winners every other month. Winners will receive one of the following custom items: beanie cap, golf umbrella, beach towel or stadium blanket. Find out more about The 20 IN 20 here.

I play on the radio from 7 am -1 pm weekdays on 98.9 FM WYRZ and WYRZ.org. Follow me on twitter @WYRZBrianScott or e-mail me at brian@wyrz.org.
Previous DWD issues fraud alert to unemployment insurance claimants
Next Reckless Driver Causes Fatal Crash, Leaves the Scene