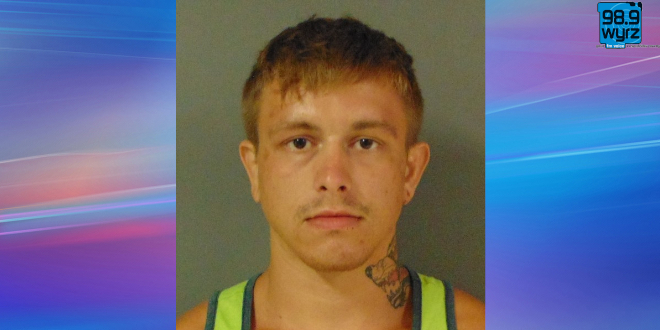 The Dodge Charger continued southbound on State Road 63 at a high rate of speed pulling away from additional officers from the Vermillion County Sheriff’s Department and the Clinton City Police Department.  The vehicle eventually turned west on New Goshen Road off of State Road 63, where pursuing officers eventually lost sight of the Dodge Charger.  Trooper Brad Fyfe of the Putnamville State Police Post was located in the area on US 150 near Oakcliff Drive, when he observed the Dodge Charger traveling towards him at a high rate of speed. Trooper Fyfe then deployed his STOP sticks on the road and into the path of the oncoming vehicle.  The Dodge Charger struck the STOP sticks with all four tires, flattening them and becoming disabled approximately a quarter mile down the road.  Once the vehicle came to a stop, the driver immediately exited the vehicle and placed his hands in the air, surrendering to officers.

The driver was then identified as Dalton Ozzie James Seafler, age 27, of  Paris, Illinois. During an inventory of Seafler’s vehicle, and person, it was discovered that he was in possession of marijuana and a syringe.  Further investigation also revealed that he was intoxicated.   Seafler was arrested and is currently being held in the Vermillion County Jail.

I play on the radio from 7 am -1 pm weekdays on 98.9 FM WYRZ and WYRZ.org. Follow me on twitter @WYRZBrianScott or e-mail me at brian@wyrz.org.
Previous A $62.8 million project begins this week on I-65 in Boone County
Next Rolling closure scheduled Monday on US 231 under I-70