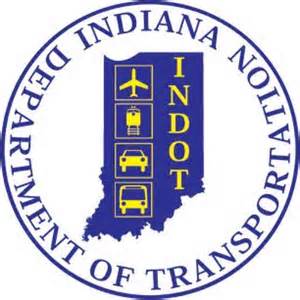 The Indiana Department of Transportation, the Adventure Cycling Association, Bicycle Indiana, and the Hoosier Rails to Trails Council announce the designation of three U.S. Bicycle Routes that will span the Hoosier State from border to border, stretching a combined total of 610 miles.

U.S. Bicycle Routes are officially numbered bicycle routes that connect communities and the nation. The routes are for experienced long-distance bicycle riders – generally considered “touring cyclists” – who are comfortable riding on most types of facilities, including roads without any special treatments for bicyclists. This group also includes utilitarian and recreational riders who are confident enough to ride on busy roadways and navigate in traffic.

“INDOT is proud to partner with the Hoosier Rails to Trails Council, Bicycle Indiana, and the Adventure Cycling Association to turn the idea of a bicycle route network throughout the state and the nation into a reality,” said INDOT Commissioner Brandye Hendrickson. “Indiana is the true crossroads of America, validated not only by our roadways, but now by our bicycle routes as well.”

The American Association of State Highway and Transportation Officials approved INDOT’s applications for USBR 35, USBR 36 and USBR 50 at its annual meeting last month in Chicago.

Nancy Tibbett, executive director of Bicycle Indiana, said: “The designation of these routes puts Indiana at the crossroads of a budding network of national bicycle touring routes. This is a good thing for Indiana, since studies show that bicycle tourism is growing rapidly, and that bicycle tourists spend more and stay longer than other travelers.”

“Indiana is delighted to be joining 22 other states as part of the U.S. Bicycle Route System,” said Mark Newman, executive director of the Indiana Office of Tourism Development. “We take great pride in our rural roadways and the charm of our natural assets and destinations. Hoosiers look forward to sharing their roads and communities with bicycle tourists as they travel the Indiana portions of these U.S. bike routes.”

The three U.S. Bicycle Routes in Indiana are:

The American Association of State Highway and Transportation Officials, which determines most standards for roads in the United States, is a nonprofit, nonpartisan association representing highway and transportation departments in all 50 states, the District of Columbia, and Puerto Rico. AASHTO’s primary goal is to foster the development of an integrated national transportation system. AASHTO works in concert with the Adventure Cycling Association regarding the U.S. Bicycle Route System.

I play on the radio from 7 am -1 pm weekdays on 98.9 FM WYRZ and WYRZ.org. Follow me on twitter @WYRZBrianScott or e-mail me at brian@wyrz.org.
Previous Tallian rolls out legislative package to combat low voter turnout
Next Coats Votes to Block Flawed Water Rule