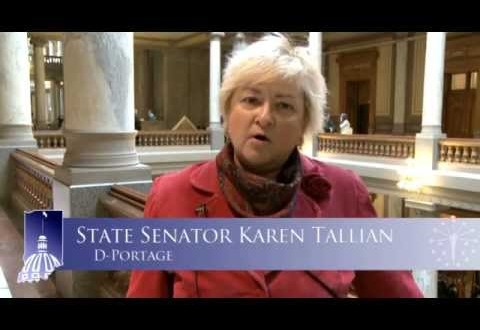 INDIANAPOLIS – On Wednesday, State Senator Karen Tallian (D-Portage) announced a legislative package to make voting more convenient for Hoosiers. Tallian described an immediate need to modernize the voting process following what is likely to be a second year of historically low voter turnout in Indiana.

“Last year, Indiana had the lowest voter turnout in the country and I’m certain this year we’re not too far off that dubious distinction again,” said Tallian. “We can cross our fingers and hope things get better or we can make some common sense reforms and ensure Hoosiers can exercise their right to vote without jumping through hoops.”

The legislation Tallian intends to introduce would address a litany of what she describes as “low-hanging fruit” concerning voter turnout. Her bill would allow county election officials to keep polls open longer, move early satellite voting locations outside the county clerk’s office, allow busy Hoosiers to mail in their ballot and register quickly on Election Day.

“It is difficult to say whether low voter turnout is due to busy lives, procedural difficulties, or voter apathy,” said Tallian. “However, as legislators, it is our obligation to do as much as we can to minimize the obstacles caused by the first two sources and that is what I intend to address.”

The bill would automatically register Hoosiers when they provide the necessary credentials to obtain or renew their driver’s license. Tallian also has her eye on the future. Her bill would urge Indiana lawmakers to study the feasibility of online voting.

“More than 120 million Americans filed their taxes online last year,” said Tallian. “If it is possible to make that process safe and secure, then I believe we should take a serious look at what it would take to move elections firmly into the 21st century.”

In 2014, just 28.8 percent of Hoosiers voted, worst in the nation according to a report from Nonprofit VOTE. The same report noted that between the two most recent midterm elections, Indiana voter turnout decreased 25 percent.

I play on the radio from 7 am -1 pm weekdays on 98.9 FM WYRZ and WYRZ.org. Follow me on twitter @WYRZBrianScott or e-mail me at brian@wyrz.org.
Previous Hoosier Data Solutions Provider Adding High-Wage Jobs at Central Indiana HQ
Next Three U.S. Bicycle Routes to Cross Indiana, Promoting Tourism and Healthy Transportation