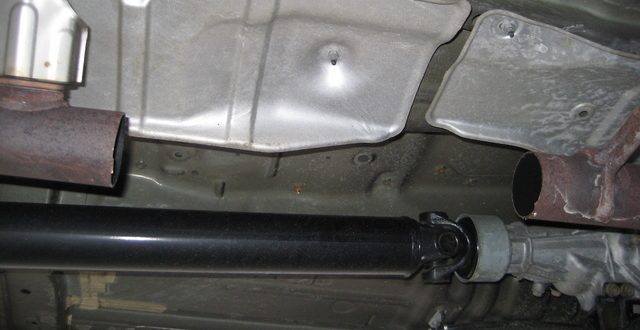 Theft of Parts from Abandoned Vehicles Increasing on Area Interstates

Indianapolis, IN – Recently, troopers from the Indiana State Police Indianapolis District have seen an increase in theft of parts from abandoned vehicles on the interstate. In addition, vandalism to abandoned vehicles has increased as well. Absent of hazardous conditions, vehicles left abandoned on the interstate within the Indianapolis District can be left for up to 24 hours before troopers can impound the vehicle. That time limit is shortened to two hours if the vehicle is left abandoned on any interstate inside of I-465. Unfortunately that is enough time for a criminal to access your vehicle and steal valuable parts from it.

If your vehicle breaks down along the highway you should only leave it abandoned in extraordinary circumstances and for very short periods of time. Roadside repairs should only be completed when your vehicle is completely out of traffic and is in the safest location possible. If your car breaks down and you need assistance it is acceptable to call the Indiana State Police. Troopers can respond to your location and sit behind you with emergency lights. They may even be able to assist with a tire change or summons Hoosier Helpers, where geographically available, for other quick roadside repairs. Troopers throughout the state have the ability to contact an area tow service who can quickly respond.

One common item stolen from vehicles abandoned along the road is the catalytic converter. This is often cut from underneath a vehicle using a reciprocating saw and can be done in a matter of minutes. ISP is asking the motoring public to be extra vigilant and report any suspicious activity around disabled cars along the interstate. If you see a person with a saw climbing under the vehicle you are likely witnessing a crime. The damage caused to these vehicle after a catalytic converter theft usually exceeds $1500.

Indianapolis District Commander Lt. Jeff Payne stated, “Theft of auto parts is often a crime of opportunity, and that opportunity occurs when someone leaves their car unattended along the highway.” He also said, “We are asking people to think twice before abandoning a vehicle along the interstate, especially when other options are available.”

Photo from Amazon.com of a Cataylitic Converter

I play on the radio from 7 am -1 pm weekdays on 98.9 FM WYRZ and WYRZ.org. Follow me on twitter @WYRZBrianScott or e-mail me at brian@wyrz.org.
Previous $600 FPUC Unemployment Insurance Benefits Begin
Next Hendricks Power Cooperative members report receiving scam calls