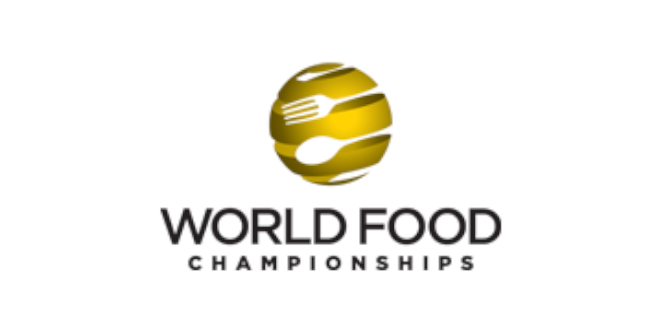 Indianapolis will be next in line to host the Final Table following New Orleans, which played host to the inaugural standalone event this past May. The WFC Final Table represents the conclusion of an annual season of competition amongst competitors from over 40 states and 15 countries.

The ten category champions crowned in Dallas this week will take home $10,000 for their victory and then reconvene in Indianapolis in May 2020 to determine who will earn an additional $100,000 and reign as the WFC’s 2020 “World Food Champion.”

With regards to the selection of Indianapolis as host, McCloud stated:

“Indianapolis is simply an exciting place to be in today’s culinary world and one of the premier hospitality cities in the country. The city and state have been on our radar over the past few years as we have continued to hear about and experience Indiana’s voice through their competitors, their product providers and the glowing reviews from national media.”

“Now our champions, sponsors, national TV audience and the world of Food Sports enthusiasts will get a chance to experience what we have seen first-hand in May 2020.”

McCloud was joined on the World Food Championships stage by Indiana Lieutenant Governor Suzanne Crouch, who traveled to Dallas to support Team Indiana chefs at the competing at the championships.

“Our capital city and the entire State of Indiana welcomes the World Food Championships and see this event as a great opportunity to showcase the ‘Culinary Crossroads of America’,” said Lt. Gov. Crouch.

“Earlier this year we began working directly with Team Indiana to support the Indiana competitors and brands represented at this competition. It is part of an overall initiative focused on highlighting the people, products, services and destinations which define our state’s culinary landscape and makes Indiana a tremendous place to live, work and play.

“Indiana has played host to the largest sporting events in the world, and we take great pride in being the state where champions are crowned. Having the Final Table during the month of May will make it even more special for the competitors and guests as they experience the city and state during the hosting of the Indianapolis Grand Prix and lead up to Indianapolis 500.”

Indianapolis has been recognized by Zagat as one of the “30 Most Exciting Food Cities” and named by Condé Nast Traveler as one of 2018’s best cities for domestic travel.

About the WFC’s Final Table

Each of the 10 champions competing in Indianapolis will cook on-site during timed events to create a dish for the ultimate taste test. To see the drama of Final Table unfold, WFC encouraged fans to watch the recently released a two-part docu-series on the last Final Table event in New Orleans. Further details about the finale event will be announced in the coming weeks.

About the World Food Championships

The World Food Championships (WFC) is the highest stakes food competition in the world. This multi-day, live-event culinary competition showcases some of the world’s best cooking masters competing for food, fame and fortune in ten categories: Bacon, Barbecue, Burger, Chef, Chili, Dessert, Recipe, Sandwich, Seafood and Steak. In 2018, over 1,500 contestants on nearly 500 official teams from 42 American states and 12 countries competed. More than 20 million people have attended WFC or have seen it on national TV over the past seven years. The 2019 Main Event is being held in Dallas, Texas at Reunion Tower Lawn, Oct. 16-20, 2019.

I play on the radio from 7 am -1 pm weekdays on 98.9 FM WYRZ and WYRZ.org. Follow me on twitter @WYRZBrianScott or e-mail me at brian@wyrz.org.
Previous Meetings next week will provide I-69 updates
Next September Indiana Employment Report