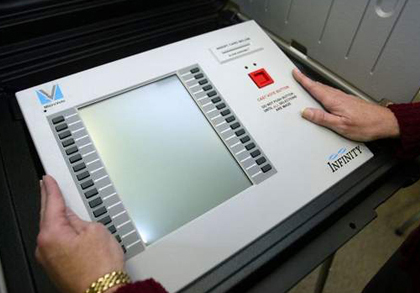 INDIANAPOLIS (Sept. 15, 2016) – Straight party voting has changed in Indiana and this November Hoosiers should take note before going to the polls. Hoosiers will still be able to cast a straight ticket on November 8th, but that vote will not count for any individual candidate for county council or town council at-large. Voters now need to select each candidate they wish to elect for at-large county council and town council seats.

“Earlier this year, the General Assembly changed the law to clarify and strengthen voter intent in Indiana,” said Secretary Lawson. “In at-large races there were times when voters cast straight ticket ballots and then marked additional at-large candidates. Sometimes, these voters had over voted, which the law has never allowed.”

In addition to candidate and voter education efforts by the counties, voters will also be notified of the change in the law at the polls. The new law allows the county election board to print voting system instruction either on the ballot or in the voting booth.

I play on the radio from 7 am -1 pm weekdays on 98.9 FM WYRZ and WYRZ.org. Follow me on twitter @WYRZBrianScott or e-mail me at brian@wyrz.org.
Previous Indiana earns further recognition for use of digital technology
Next Get #ReadyToVote! September is National Voter Registration Month