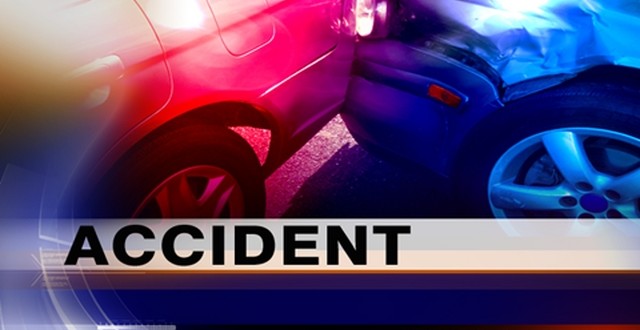 Indianapolis – Today around 12:20 p.m. Indiana State Trooper Derek Miller was conducting a traffic stop on Shadeland Avenue just north of 38th Street. During the course of the investigation Trooper Miller’s patrol car was struck in the rear by a southbound Chevrolet Trailblazer. The driver of the Trailblazer told investigators he thinks he might have fallen asleep just prior to the crash. 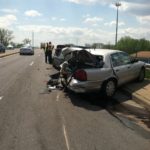 Trooper Miller had stopped a vehicle on the southbound side near the 4300 block of Shadeland Avenue for a traffic violation. While seated in his car, with all emergency lights activated he was rear-ended, which in turned caused his car to rear end the car he had stopped. Trooper Miller was transported to the hospital with non life threatening injuries. The two occupants of the vehicle Miller had stopped were checked by paramedics and released at the scene.

The driver of the 2002 Chevrolet Trailblazer, 49 year old Frank Allen Freduccia from Louisiana, was subsequently arrested after being released from the Hospital. During the course of the investigation Freduccia told police he had just used Meth prior to the crash, and it was also determined the vehicle he was driving was stolen from an Indianapolis gas station in December. After being discharged, while walking out of the hospital in police custody, Freduccia fled on foot. After a short foot chase, he was taken into custody by Sgt. Dave Henson of the Indiana State Police.  He is currently being held at the Marion County Adult Processing Center.

Operating While Intoxicated – 9-30-5-2 (Class A Misdemeanor)

Failure to Yield to an Emergency Vehicle (Infraction)

*Preliminary charges are merely accusations of a crime, formal charges are determined by the prosecuting attorney. All suspects are presumed innocent until proven guilty in court.

I play on the radio from 7 am -1 pm weekdays on 98.9 FM WYRZ and WYRZ.org. Follow me on twitter @WYRZBrianScott or e-mail me at brian@wyrz.org.
Previous Alleged Kokomo Key Bank Robber Arrested in Mississippi
Next Indiana State Recount Commission to Meet in Preparation for May Primary