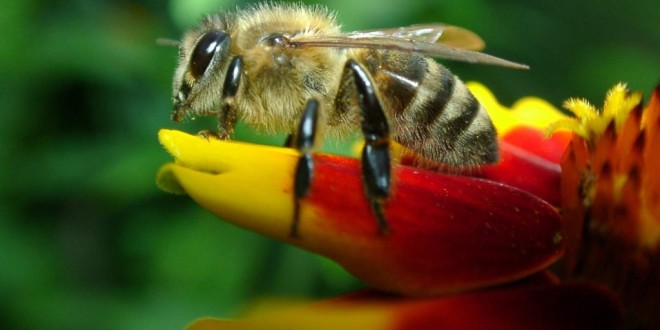 The President’s June 2014 call to action to create a strategy to promote the health of honey bees and other pollinators generated a great deal of “buzz” among state agencies, private sector businesses, nonprofit groups and communities across the country. The strategy called for a substantial increase in habitat acreage nationwide, working to reduce stress on pollinators, which continue to play a vital role in the production of food we consume each day.

In response to the call to action, the Office of the Indiana State Chemist and the Indiana Pesticide Review Board, which are housed at Purdue University, began developing a Managed Pollinator Protection Plan (MP3) for the state. The key objectives of the plan include: (1) reducing pesticide exposure to bees and other pollinators through timely communication and coordination among stakeholders and (2) increasing foraging, shelter, nesting, and brooding areas.

I play on the radio from 7 am -1 pm weekdays on 98.9 FM WYRZ and WYRZ.org. Follow me on twitter @WYRZBrianScott or e-mail me at brian@wyrz.org.
Previous Knowing your rights as a voter
Next ISP Assist Speedway Police in Police Action Shooting in Speedway Thursday Afternoon