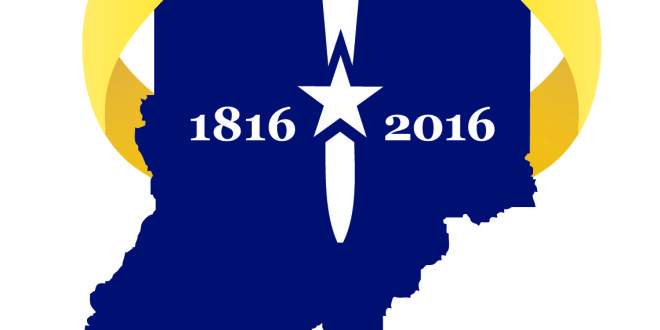 DANVILLE, IN (Jan. 6, 2015) – A handful of deserving honorees representing Hendricks County will carry the Indiana Bicentennial torch when it arrives here in the fall.

Do you know a past or current Hendricks County resident who has poured their blood, sweat and tears into this county? Perhaps an individual who has done something amazing through volunteerism or heroism. Or maybe a native who has gone on to do great things elsewhere while making a name for themselves and this county.

“Being selected as an Indiana Bicentennial Torch Relay torchbearer is a once-in-a-lifetime opportunity for Hoosiers,” Lt. Governor Sue Ellspermann said. “We look forward to honoring Indiana’s history while also optimistically looking forward to the future during this momentous event for Indiana.”

Developed by IOTD, the torch relay will be patterned after the Olympic Torch Relay and is designed to connect Hoosiers across the state and nation with their home state during the bicentennial year. The torch will pass through all 92 counties during a five-week trek beginning Sept. 9, 2016, in Corydon, Indiana’s first state capital, and culminate with a celebration Oct. 15, 2016, on the grounds of the statehouse in Indianapolis.

The torch will spend about four hours in Hendricks County on Friday, Sept. 23, 2016, starting that morning in Brownsburg and making its way through Avon, Danville, Clayton and Plainfield before being passed off to Morgan County.

“We have some fun plans that are still in the works for the torch relay’s visit to Hendricks County,” said Josh Duke, Hendricks County Bicentennial Coordinator. “But we need everyone to nominate deserving individuals as torchbearers to truly make it memorable because it is people who make Indiana and Hendricks County special places to live, work and visit.”

The online nomination form is available at http://www.in.gov/ibc/torchrelay/2621.htm. Nomination forms also can be picked up from 9 a.m. to 5 p.m. Monday-Friday at the Visit Hendricks County office at 8 W. Main St. in Danville on the north side of the square or at any Hendricks County library branch. Any forms submitted by mail must be postmarked by Jan. 31 to be eligible.

Once all nomination forms are collected, a juried nomination process will be employed in each county to select torchbearers. Hendricks County has formed a selection committee with representatives from throughout the county to manage this process.

Torchbearer nominees must be a current or former resident of Hendricks County or be nominated in honor of a current or former resident. Hoosiers may be nominated posthumously and a substitute torchbearer can be submitted to carry the torch on behalf of the nominee. Nominees can be any age (torchbearers that are minors will be subject to additional youth torchbearer requirements). A nominee must possess the physical adaptive ability to carry the torch a minimum of a quarter mile. Accommodations will be made for those torchbearers with disabilities. The complete list of torchbearer criteria may be found on the online nomination page.

I play on the radio from 7 am -1 pm weekdays on 98.9 FM WYRZ and WYRZ.org. Follow me on twitter @WYRZBrianScott or e-mail me at brian@wyrz.org.
Previous Brownsburg Town Council Names Appointments
Next Schools and Youth Organizations Invited to Apply for Funds to Help Indianas 21st Century Scholars Succeed