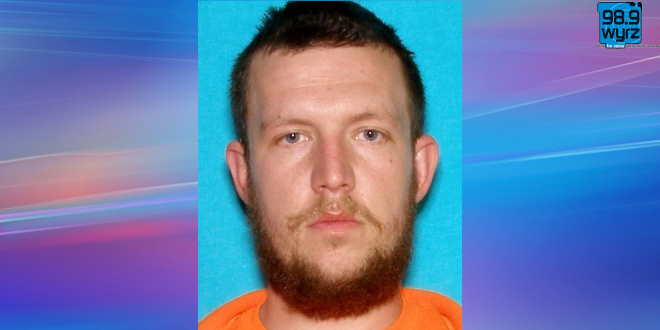 Detectives arrived at the scene and found probable cause to believe the victim, Trenton Keller, age 33, of Jasonville, Indiana, was shot multiple times at this residence after having a verbal altercation with Dustin L. Turley, age 33, of Jasonville, Indiana.  Immediately after the shooting, witnesses stated that Turley ran from the residence, running south into the woodline. At this time Dustin L. Turley is still actively on the run.

Sullivan County emergency medical personnel attended to Keller and he was immediately transported to Regional Hospital in Terre Haute.  Keller was then airlifted to Methodist Hospital in Indianapolis, Indiana, for treatment of his injuries.

Through the course of the investigation, detectives have received an active warrant for Dustin L. Turley for attempted murder.  If you come into contact, or see Turley, immediately call 911 or contact the Putnamville State Police Post at 1-800-225-8576.

I play on the radio from 7 am -1 pm weekdays on 98.9 FM WYRZ and WYRZ.org. Follow me on twitter @WYRZBrianScott or e-mail me at brian@wyrz.org.
Previous Body of Anderson man recovered after falling from boat
Next Back to School Safety Tips