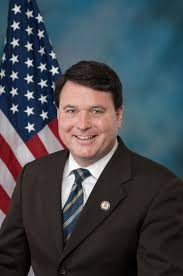 Washington, D.C. – Chairman of the Subcommittee on Early Childhood, Elementary, and Secondary Education, Rep. Todd Rokita (IN-04), issued the following statement after the President signed the Every Student Succeeds Act, legislation that contains conservative education reforms that Rep. Rokita led to the President’s desk today:

“This bill is a win for our nation’s children and will revolutionize how we educate the next generation.  It empowers states and ends federally-mandated, unproductive, high stakes testing, the core of ‘No Child Left Behind.’  I am proud to have led this bill out of the Subcommittee and onto the President’s desk.  This bill gives power back to the people.  It gets Washington out of our classrooms and lets the states take control of how they educate their children.

“I thank my colleagues and fellow conferees for helping to get this bill signed into law.  Today is a first step toward transforming our education system and this time we will make sure no child is actually left behind,” said Rep. Rokita.

The reauthorization bill originated in Rep. Rokita’s Subcommittee on Early Childhood, Elementary, and Secondary Education, as H.R. 5, the Student Success Act, a bill Rep. Rokita co-authored and led to passage in July.  Rep. Rokita was later appointed to the Conference negotiating team to reconcile the House and Senate versions of the Education Bill that the President signed today.

For more information about the bill visit: http://rokita.house.gov/press-release/rokita-bill-largest-transfer-federal-authority-states-and-localities-25-years