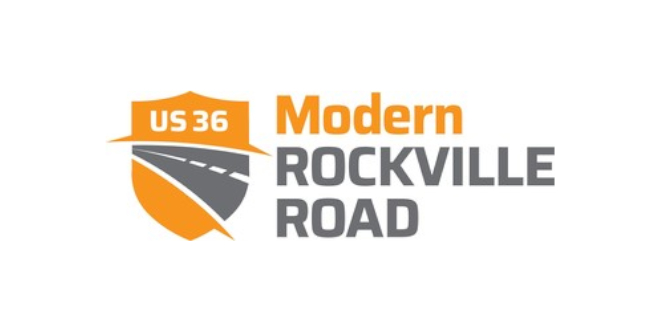 INDIANAPOLIS – The Modern Rockville Road project team is reviewing public input received for the section between High School Road and Raceway Road and expects to recommend a preferred design option later this year.

The public identified the top two design options as adding lanes to Rockville Road or leaving this section of U.S. 36 in Marion County as is. The public also asked the project team to review and consider additional options including roundabouts, dual left-turn lanes at intersections, locations for U-turns, and an expressway similar to Keystone Parkway in Carmel.

Public meeting materials and a two-page summary of comment form responses are available on the Project Documents page at ModernRockville.com.

Any improvements to Rockville Road would include pedestrian facilities.

Along the north side of Rockville Road, the public was asked whether to include a wider path for bicycles. Nearly half of respondents preferred a 10-foot-wide multi-use path with grass buffer separating users from traffic.

The public was also asked where to add gaps in the medians for left-turning traffic.

Any improvements to Rockville Road would replace a portion of the center turn lane with a raised center median. Raised medians limit potential crash conflicts and can be designed to calm traffic speeds.

Public responses varied from maintaining the existing full left-turn access to limiting left turns to major intersections only. The top responses entered were for Sigsbee Street, which serves Westlake Elementary School, and the Eleanor Street/Heather Drive intersection. The project team is evaluating the traffic data and the comments received to find the right solutions among the various options.

Longer sections of center medians without gaps would be available for low-maintenance landscaping. More than a dozen individuals and organizations expressed in helping with the upkeep.

Following the virtual meetings, the project team met with elected officials and the Rockville Road neighborhood between High School and Girls School roads. Neighborhood representatives provided additional information and expressed concerns about both the existing Rockville Road and potential improvements.

The Modern Rockville Road project team is available to answer questions and to meet with additional neighborhoods and business organizations. Requests may be submitted by email to INDOT@indot.in.gov or by calling 855-INDOT4U (1-855-463-6848).

INDOT’s project team is reviewing the public input collected and performing additional engineering analysis. A more detailed project proposal and budget will be presented for additional public input, which is expected later this year.

The project team will also monitor the performance of two neighboring construction projects. Work began recently to widen US 36 from 800 feet east of Raceway Road to Shiloh Park Drive in Avon, across from Target. Additionally, a new turn lane is being built this year for eastbound Rockville Road traffic turning right onto High School Road.

I play on the radio from 7 am -1 pm weekdays on 98.9 FM WYRZ and WYRZ.org. Follow me on twitter @WYRZBrianScott or e-mail me at brian@wyrz.org.
Previous April Indiana Employment Report
Next Indianapolis Couple Pleads Guilty for Murder in Sullivan County