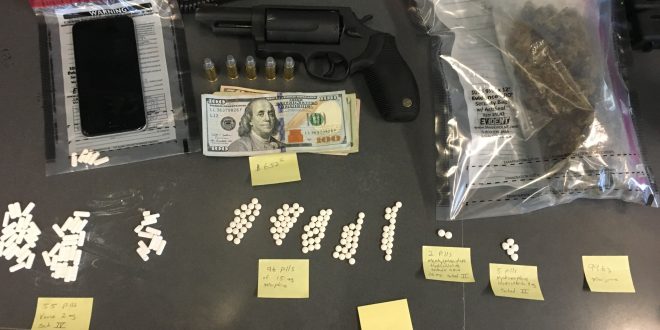 On Saturday, March 03, 2018, at approximately 5:11 p.m., Plainfield officers were dispatched to a report of a fight in progress in the McDonald’s parking lot at 2655 E. Main St. in Plainfield.  The reporting person advised dispatch that two males had a male on the ground kicking and hitting him in the face.  The male subject on the ground was reported to have a gun on his person.

When officers arrived on scene, they had a suspicion that this incident was a robbery in relation to a drug deal.  Those involved were a juvenile and two adults, Deondre McCollum, 19 and Eduardo Carrillo 23, both of Indianapolis were detained on scene.  K9 Jocko on scene with Cpl. Prichard was deployed around both suspect vehicles and indicated on both vehicles for the presence of drugs.  Search warrants were executed to search a vehicle and two related cell phones.

K9 Jocko and Corporal Prichard have been on patrol for less than six months together and this is the largest seizure of drugs Jocko currently has made. 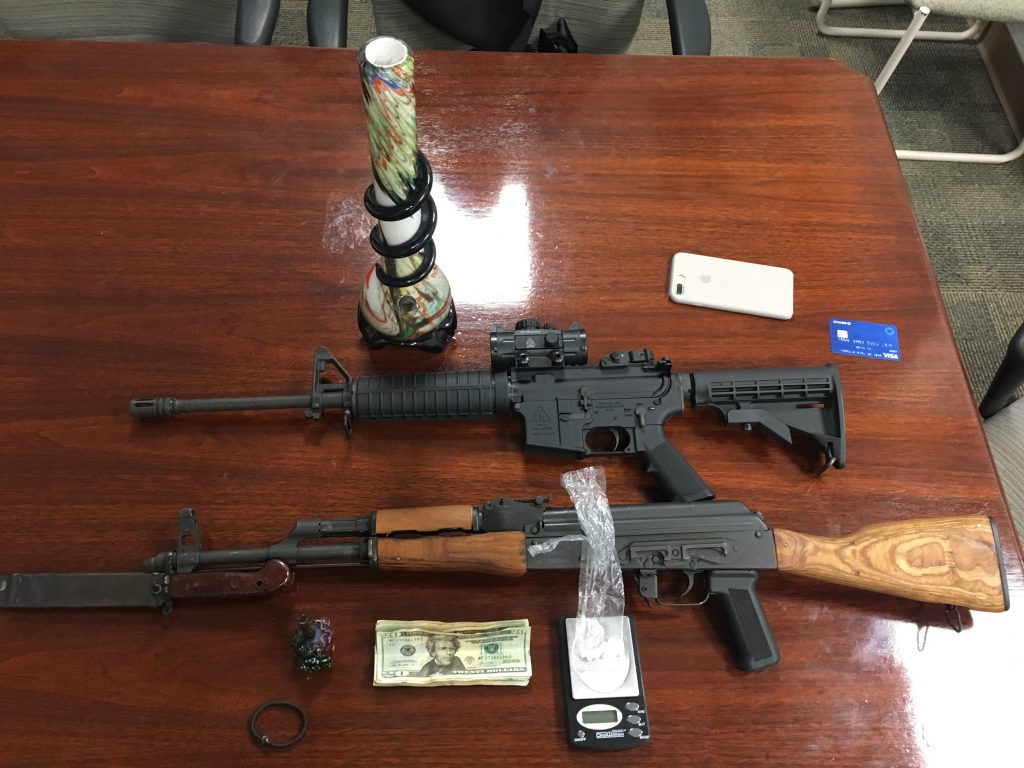 I play on the radio from 7 am -1 pm weekdays on 98.9 FM WYRZ and WYRZ.org. Follow me on twitter @WYRZBrianScott or e-mail me at brian@wyrz.org.
Previous I-69 Section 5 construction update for week of March 5
Next Sweet Start for McCloud Maple Syrup Days