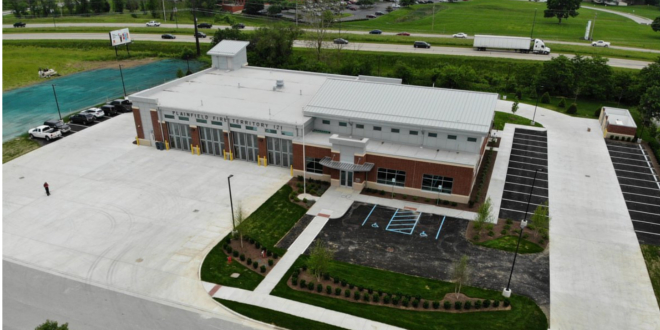 PLAINFIELD, IN – The Plainfield Fire Territory will host a dedication ceremony and open house for Fire Station 121 on Friday, July 19th from 11 a.m. until 1 p.m. The ceremony will include speakers, a blessing of Fire Station 121 and a tour.

“This project completes the overall Plainfield Public Safety Building Project that started in 2015,” said Plainfield Fire Territory Chief, Joel Thacker. “This building replaces the current fire station 121 built that was built over 40 years ago. We are thankful for the leadership of the town and the citizens for this new building in which to serve the community.”

“We invite everyone to celebrate yet another public safety facility that will benefit and better serve the community,” said Town Council President, Robin Brandgard. “Plainfield has always been a good steward of buildings. While we are excited for the relocation of Fire Station 121, we are just as happy to hand the old facility over to the Plainfield Police Department for them to use as a sub-station.”

I play on the radio from 7 am -1 pm weekdays on 98.9 FM WYRZ and WYRZ.org. Follow me on twitter @WYRZBrianScott or e-mail me at brian@wyrz.org.
Previous Improved online child support calculators now available
Next This Week at the Brownsburg Farmers Market