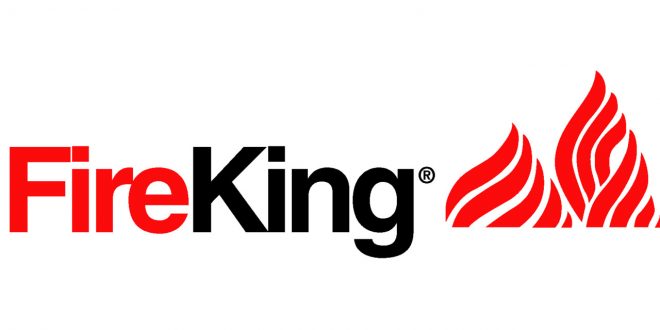 New Albany – FireKing Security Group, a security and loss protection company, announced plans today to expand its operations in Indiana, constructing a new distribution center that will create up to 50 new jobs by 2020.

“FireKing is a true Indiana success story,” said Governor Mike Pence. “After launching in Indiana 65 years ago, FireKing has experienced tremendous growth and now sells its Hoosier-built products around the world. Through that growth, FireKing has continued to invest and grow in Indiana, helping contribute to the 156,800 new jobs added in the state since 2013.”

The homegrown Hoosier company will invest more than $4 million to lease and equip a new 75,000-square-foot facility at 102 North Reas Lane at the new Grantline Industrial Park West in New Albany. The new facility, which is less than three miles from its existing headquarters, will serve as a distribution center for the company’s growing line of office products including fireproof file cabinets, storage cabinets and safes.

FireKing currently employs more than 450 associates, including more than 300 Hoosiers, across its facilities in Indiana, Illinois and California. In addition to its headquarters operations, the company also operates two additional plants in New Albany. FireKing plans to begin hiring distribution associates next June.

“We are grateful to the city and the state for their efforts in assisting in our expansion efforts,” said Mark Essig, chief executive officer at FireKing. “We are also very thankful for the individual efforts of Kathy Crowley from One Southern Indiana and Trevor Lane from the Indiana Economic Development Corporation for all of their hard work in making this possible. The positive business environment in Indiana is deeply appreciated as we expand our footprint and bring more jobs to the area.”

Founded in 1951 as a manufacturer of high-quality fireproof filing cabinets, FireKing is now a broad-based security and asset protection company with a wide range of products and services, including vital records protection, secure cash handling services and digital video surveillance. FireKing sells its products in more than 85 countries.

“We look forward to welcoming FireKing International LLC as the first business to locate in the Grantline Industrial Park West development,” said New Albany Mayor Jeff Gahan. “The newly opened 40-acre site, located only 1.75 miles from Interstate 265, is the perfect home for a company with a long history of succeeding in New Albany, and we stand ready to help in any way we can.”

The Indiana Economic Development Corporation offered Fire King International LLC up to $225,000 in conditional tax credits and up to $45,000 in training grants based on the company’s job creation plans. These incentives are performance-based, meaning until Hoosiers are hired, the company is not eligible to claim incentives. The city of New Albany will consider additional incentives at the request of One Southern Indiana.

With the growth of companies like FireKing across the state, Indiana businesses have added 156,800 new Hoosier jobs since January 2013. Indiana’s labor force is at its largest size ever and private sector employment has remained above its previous peak for 14 consecutive months. Additionally, Indiana’s unemployment rate fell last month to 4.5 percent, which is below the national average.

I play on the radio from 7 am -1 pm weekdays on 98.9 FM WYRZ and WYRZ.org. Follow me on twitter @WYRZBrianScott or e-mail me at brian@wyrz.org.
Previous Fiery Semi Crash Claims the Life of One Person on I-74
Next Visit Hendricks County Seeking Submissions for 2016 Holiday Gift Guide