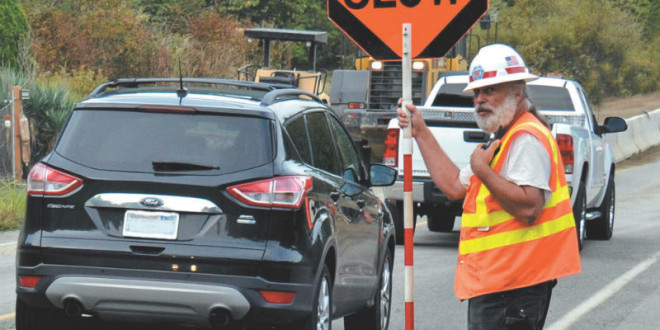 Indianapolis, IN- In an effort to increase safety awareness in construction zones, this week, April 11th – 15th, 2016, has been declared National Work Zone Awareness Week. Each year police investigate dozens of work zone crashes in Indiana, several which result in injuries. Throughout the state you will see enhanced enforcement efforts within each construction zone. It is the goal of the Indiana State Police to generate voluntary compliance of all work zone laws through high visibility patrols, and targeted enforcement.

This week Troopers from the Indiana State Police Indianapolis District will saturate area work zones in an effort to enhance work zone safety. Troopers will use marked and unmarked patrol vehicles to target aggressive drivers who are speeding, following too closely, changing lanes improperly and disobeying other traffic laws. Captain Bob Burke, Indiana State Police Area Five Commander, said “we will work very closely with our partners at INDOT to identify and address aggressive drivers within our work zones.” He also stated “Troopers will continue to work diligently in an effort to protect the safety of the workers, and other drivers within these work zones.”

The minimum fine in Indiana for Speeding in a Work Zone with Workers Present (I.C. 9-21-5-11) is $300.00, with court costs averaging $125.00 depending upon which county the offense occurs. It also results in six points on your driving record and in some counties a mandatory court appearance.

Several Indiana laws have been put into place not only to enhance the safety of the construction workers, but to protect drivers within these zones. Below are a few tips for driving in construction areas.

·         Be aware of your surroundings– watch for orange signs that give information about upcoming work zones, lane closures or speed reductions.

·         Reduce your speed- Most construction zones have a speed limit reduction of 10mph to 25mph below the typical posted speed limit. If you drive into a construction zone and you do not see a speed limit sign you should reduce your speed until such sign is visible. Even if there are no workers present in the area you are driving, the speed limit remains reduced all the way through the zone. Work zones often involve narrow lanes, lane shifts, shoulder closures and congested traffic, therefore the speed reduction is necessary 24/7.

·         “Speed Limit 45, When Flashing” – These signs often proceed work zones that have temporary restrictions or lane closures and are typically activated only when workers are present in the zone. If you pass this type of sign and the lights are not flashing, it is still encouraged to reduce your speed as construction equipment, lane shifts and congested traffic are very likely.

·         Increase your following distance – One of the biggest factors in crashes is following too closely. If you increase your distance you not only give yourself more room to stop, you also increase your visibility of things ahead allowing for more time to make a decision in an emergency situation. Remember, in work zones, construction equipment is often required to enter the traffic lane causing traffic to stop suddenly. If somebody changes lanes in front of you, just slightly reduce your speed until you are at a safe following distance.

·         Put down your phone- It takes an average of five seconds to read a text message, if you take your eyes off the road for 5 seconds at 45 mph you will travel the length of one football field. It is never a good idea to use your phone and drive, however due to the changing conditions of construction zones, it is even more important to focus on the road and your surroundings.

·         Four out of five people killed in work zones are drivers and   passengers, not highway workers.

Save a Life, Please Slow Down and Use Caution in Work Zones

I play on the radio from 7 am -1 pm weekdays on 98.9 FM WYRZ and WYRZ.org. Follow me on twitter @WYRZBrianScott or e-mail me at brian@wyrz.org.
Previous IMPD Arrests Two Men for Alleged Involved in a Robbery of the Circle K Gas Station on East Washington Street
Next Public Safety Telecommunications Week is April 10 – 16, 2016