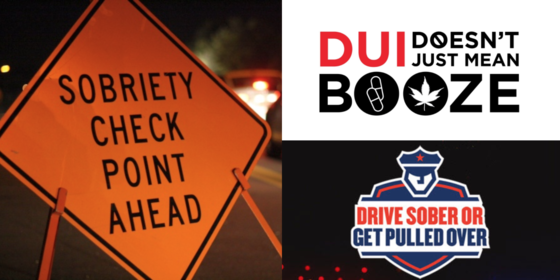 Motorists urged to Drive Sober for St. Patrick’s Day and the NCAA Tournament

Indiana State Police will be participating in Operation Pull Over during two of the heaviest drinking events of the year: St. Patrick’s Day and the NCAA tournament. The increased enforcement efforts start February 28 and run through March 22. Troopers at the Putnamville Post  will be coordinating at least one sobriety checkpoint during this enforcement period. Additional troopers will be conducting overtime patrols to apprehend impaired drivers and to deter others from driving while impaired. The increased patrols is part of a statewide enforcement campaign, funded by the National Highway Traffic Safety Administration through the Indiana Criminal Justice Institute.

According to the Indiana Criminal Justice Institute, there were 433 alcohol-related crashes across Indiana in March of 2019. From those crashes, 205 people were injured and five fatalities were reported. During the St. Patrick’s Day holiday weekend, 65 crashes (15 percent) and one fatality occurred.

I play on the radio from 7 am -1 pm weekdays on 98.9 FM WYRZ and WYRZ.org. Follow me on twitter @WYRZBrianScott or e-mail me at brian@wyrz.org.
Previous Gov. Holcomb Makes Appointments to Various Boards and Commissions
Next Indiana Has an Electorate Representation Index of 90.46% – 10th Highest in the Nation